Iron Leg Shastri is well known for his comedy characters in the movies like 'Appula Appa Rao' & 'Pekata Pappa Rao'. He had serious health issues before he died, he had a heart problem and Jaundice in his last days. 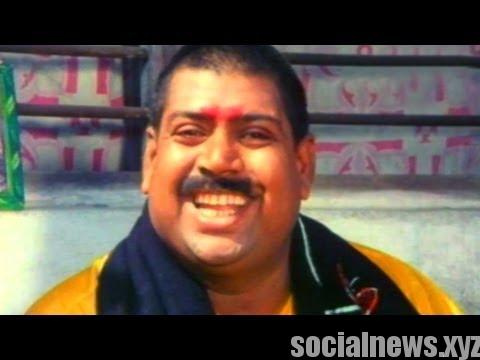 He had died on June, 19th 2006 at his Tadepalligudem due to a heart attack. His family is reported to be appealed to Film industry and AP Government to support them financially. But according to the latest news reports, the family is in dire state financially that the wife of Iron Leg Shastry is feeding her children by working as a cook in Hindu Temples.

An image of this news doing circles in the social networking sites explaining the slump that the family is in and urging all the people to do their bit to save the family of a man, who helped us to laugh with his acting.

Taking this news to heart Sampoornesh babu helped Sastry Gari family with a donation of Rs.25000.