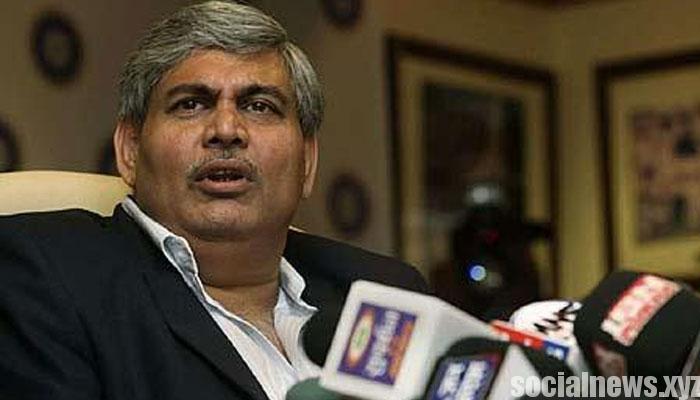 Shashank Manohar took over as the new president of the Board of Control for Cricket in India as at a Special General Meeting (SGM) of the board here on Sunday, and immediately spoke of clean-up, transparency, and restoring the board's lost reputation.

The BCCI chief's post was lying vacant since incumbent Jagmohan Dalmiya died in Kolkata on September 20, and the SGM was called to choose the new president. As per the BCCI constitution, an SGM to nominate a successor has to be convened within 15 days of the incumbent chief's death.

Manohar, a lawyer by profession, earlier held the top post from 2008 to 2011. The 58-year-old was elected for a full two-year term as all the six East Zone cricket units unanimously proposed his candidature for the board president's post.

It was East Zone's turn this time around to pick the president, and all six associations of the zone proposed Manohar's name. As he was the lone candidate in the fray, Manohar was elected for the second time.

Among the six proposers of Manohar's name was Dalmiya's son Avishek, who was representing the National Cricket Club (NCC) in the SGM.

The others who too proposed Manohar to assume the board chief's post were Sourav Ganguly from Bengal, Sourav Dasgupta from Tripura, Gautam Roy from Assam, Ashirbad Behera of Odisha, and Sanjay Singh of the Jharkhand State Cricket Association (JSCA).

"We have to work on a couple of issues regarding the board and bring back the reputation back as early as possible. I need two months' time, in which I will look into all the aspects," Manohar told reporters at a press conference after being elected the president.

"I will continue to work on the issues Dalmiya had started working on. I will look to do my duty as best as possible," he added.

"The first thing would be as functions of the interest issue of the BCCI. The board will frame regulations with regard to the function of interest of administrators and their staffs that would be done within a month's time."

"The board would also appoint an imbursement, for an ethics officer, who would be independent of their post and who would look into the complaints as regard to the conflicts of the administrator, players and their staffs," he added.

The newly elected president stressed that his second aim would be to wipe away and prevent corruption from the game.

"Secondly, the board would lay down the norms and would take measures to prevent and wipe away corruption in the game. For this, the board will make programmes to educate the players."

Manohar said: "Also with the help of secretary Thakur, who is a member of parliament, we would like to meet the government officials to see and work out if we can get any investigating agency, as we did not have investigative powers, our hands were tied."

His third item on agenda in the upcoming months would be to keep a track of the state associations and appoint an independent auditor from the board who would look into their works.

"Thirdly, there is a huge debate that the state associations are being paid a huge amount of money and nobody knows what happens to the money, if it is spent on cricketing activities or something else," he said.

The BCCI chief also said that the board will put up its rules and regulations along with details of its expenditure on its website in order to ensure transparency.

"There is another debate that arises... that the board is not transparent and everything is kept under the wrap. This problem could be sorted out by putting on the website of the board, the constitution of the board, all rules of board, all expenses made by the board above Rs.25 lakh, so that people are aware what and where BCCI is spending the money."

"At the end of the year, we can put the balance sheet of the board on the website, so it is available to the entire public. There is no wrong done in the board," he said.

Mysuru:release of book on Siddaramaiah. #Gallery

Patna:Kanwariyas (Shiv devotees) to board a train. #Gallery

Patna:Kanwariyas wait to board a train to reach Baidyanath Dham. #Gallery

WBSSC scam: Partha Chatterjee upset over not being able to contact Mamata Banerjee