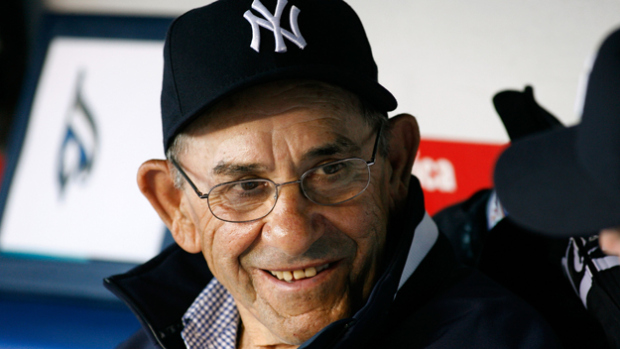 The Yankees all star catcher and unmatched 10 time world champion, who is famous for his witty phrases like 'It's deja vu all over again', has passed away on Tuesday.  He is 90 years old. He died of natural causes.

Berra played in more World Series games than any other major leaguer, and was a three-time American League Most Valuable Player.

In 1956, Berra caught the only perfect game in World Series history and after the last out leaped into pitcher Don Larsen’s arms. The famous moment is still often replayed on baseball broadcasts.

After his playing days, Berra coached or managed the Yankees, New York Mets and Houston Astros. He led both the Yankees and Mets to pennants.