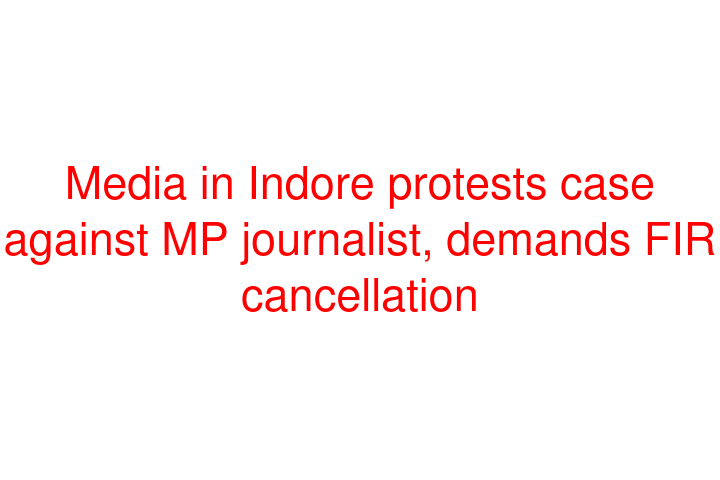 Indore, Nov 27 (IANS) Journalists in Indore on Monday protested against the registration of a case against a senior media person from Neemuch for an alleged offensive Facebook post and demanded its cancellation.

He said the case was an attempt to throttle the right to free speech and expression.

Kamal Nath: A go-getter who combines experience with speed

BREAKING NEWS: Kamal Nath to be next Chief Minister of Madhya Pradesh

Government to levy fee on ground water use