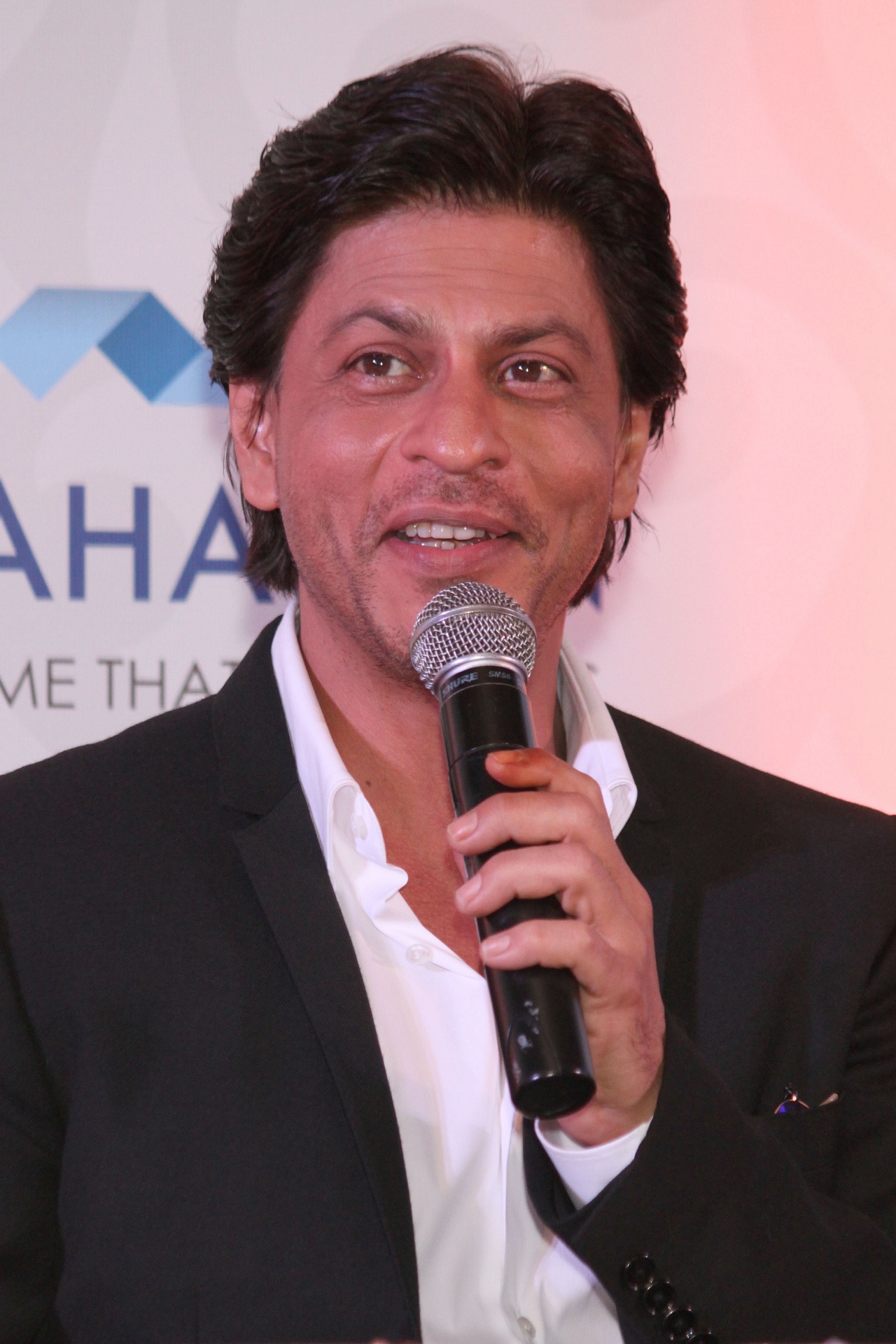 Mumbai, Nov 2 (IANS) It was a scene right out of "Om Shanti Om" -- SRK stood in a balcony of his house Mannat here, blew kisses to his fans, waved at them, smiled at them and there was a gleam in his eyes. On his 50th birthday on Monday, the Bollywood superstar was "humbled" by the love that his fans showered on him.

The flash of the cameras went clickety-click, as seen in a video that the 'badshah' posted on his Facebook page. There was a loud cheer and whistles from the crowd that filled the street outside Shah Rukh Khan's house in Bandra here.

Even before the clock struck 12, fans had begun gathering outside, and the attention made Shah Rukh be grateful for the love that his audience has showered on him since over two decades of his Bollywood career.

It's this love that keeps him going.

"Right now so humbled by the attention and love being given to my birthday. Didn't ever realise living will be so beautiful. Thanks all," Shah Rukh shared on social media platforms.

At night, he even cut a cake with his family members -- wife Gauri, sons Aryan and AbRam and daughter Suhana.

"Happy birthday Shah Rukh... it's just us tonight," Gauri posted with a photograph on Facebook. The actor is seen cutting a cake with white frosting.

On his special day, he reached out to his fans to treat them with a glimpse into his upcoming movie "Fan", a Yash Raj Films (YRF) production.

"Today as I turn 50, I turn 25 again - for all the years of love you hav given me, I give u my most heartfelt creation. Gaurav the FAN.U and I are a belief," he posted.

The film, directed by Maneesh Sharma, stars SRK as a fan.

Its first 63-second teaser was launched earlier this year, but on his birthday, SRK released the second teaser -- a much-longer version -- for his fans. It features some of his ownA

YRF had earlier described the film as: "Two powerhouses. One special tribute. SRK in and as Fan."

And the new teaser shows that the movie can't be described any better. It's about Gaurav, a commoner, who's in awe of superstar Aryan Khanna -- much like several Bollywood buffs who worship cine stars like a god -- in India, which is one of the leading producers of films in the world.

Only a few hours after releasing the teaser and since bringing in his birthday, SRK shared: "It's been a few hours and I have received such unconditional love and wishes for my smile, I think it's time I find new reasons to smile from today."

The actor, who has featured in a melange of action, romantic, dramatic and comedy roles through his career, is one of the most successful actors in Hindi cinema. His fan following is global, and his charm, unmatched.

The saga will continue with "Dilwale" and "Fan". So, as he says in "Om Shanti Om", "picture abhi baaki hai".