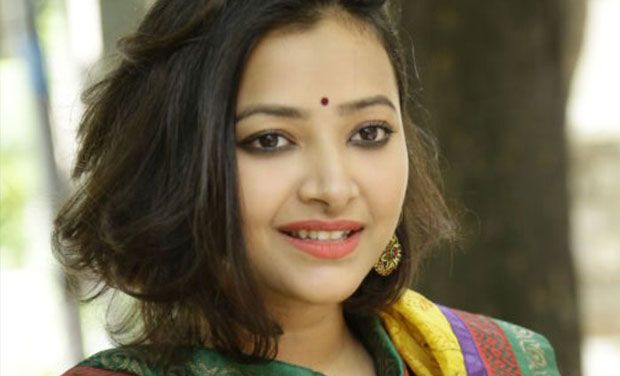 New Delhi, Nov 1 (IANS) Actress Shweta Basu Prasad of  "Kotha Bangaru Lokam","Makdee" and "Iqbal" fame, who was caught in an alleged prostitution scandal last year for the lack of work, says it's "difficult" to survive in the entertainment industry for those who don't have any "godfather".

Asked whether she's finding it difficult to survive in the industry, Shweta told IANS: "It is difficult. I don't have any godfather or a producer father, or anybody that I know personally in the industry."

"I've been an outsider, who has grown up in the industry because people have seen my work. But, yes it is slightly difficult as you have to keep reminding people and go for auditions. I know a lot of people. I keep getting auditions once in a while. But being an outsider, it's quite tough to make a mark in the industry."

Shweta, who has appeared in TV shows like "Kahaani Ghar Ghar Kii" and "Karishma Kaa Karishma" earlier, is all set to make her return on television with horror show "Darr Sabko Lagta Hai".

Asked about her comeback on TV, Shweta said: "Being an actress, I'm open to acting assignments. It was an exciting story and my character looked very good. The scope of performance was really high. It's in a short film format, so it didn't take too much time as we shot the episode in a couple of days."

Hosted by actress Bipasha Basu, "Darr Sabko Lagta Hai" will feature 26 short films which have all been directed by different directors. Shweta will be seen in the "Hostel" episode of the show, which will be aired on Sunday on &TV.

"I'm playing the role of Anjali in 'Hostel'. She comes from another city for her education and lives in this hostel, which actually is a haunted building," she said, adding that she finds it good to do horror.

Has TV evolved as a medium of entertainment?

Shweta said: "I don't know how much things have changed. I don't watch television much. When I did last TV show, I was 11 years old. I'm not mature enough to say how has it transformed or anything, but it's not a comeback or so for me."

"Being actors, one should be open to doing any medium -- whether it is films, TV, theater, ads or others."