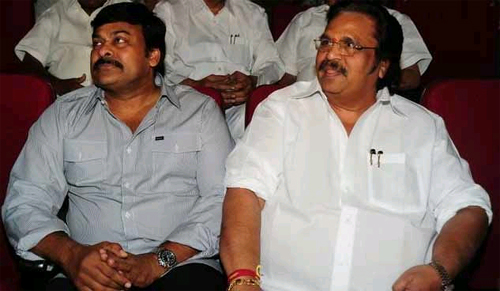 Dasari Narayana Rao takes on Mega family again. The relation between the duo has turned sour in the recent past. After taking on Ram Charan's Bruce Lee release date, now Dasari went after mega heroes indirectly. Dasari attended the audio launch of Swathi's 'Tripura' movie the other day.

Speaking at the audio launch, Dasari indirectly said that many heroes are coming to the industry from big families these days. "New aspirants who have no background are finding it difficult to enter the industry in such situations," Dasari said.
Stating that director is the real hero of the movie, he said that he personally likes Rajamouli, Sekhar Kammula, and Krish as they believe in the story and not bank on big stars.
Facebook Comments

Rome:Italian Prime Minister Mario Draghi waves to lawmakers at the end of his address at the lower house of parliament in Rome #Gallery

Spain:A man holds an umbrella during a heatwave in Madrid #Gallery

Spain:Helicopters gather water from a reservoir to battle a wildfire #Gallery