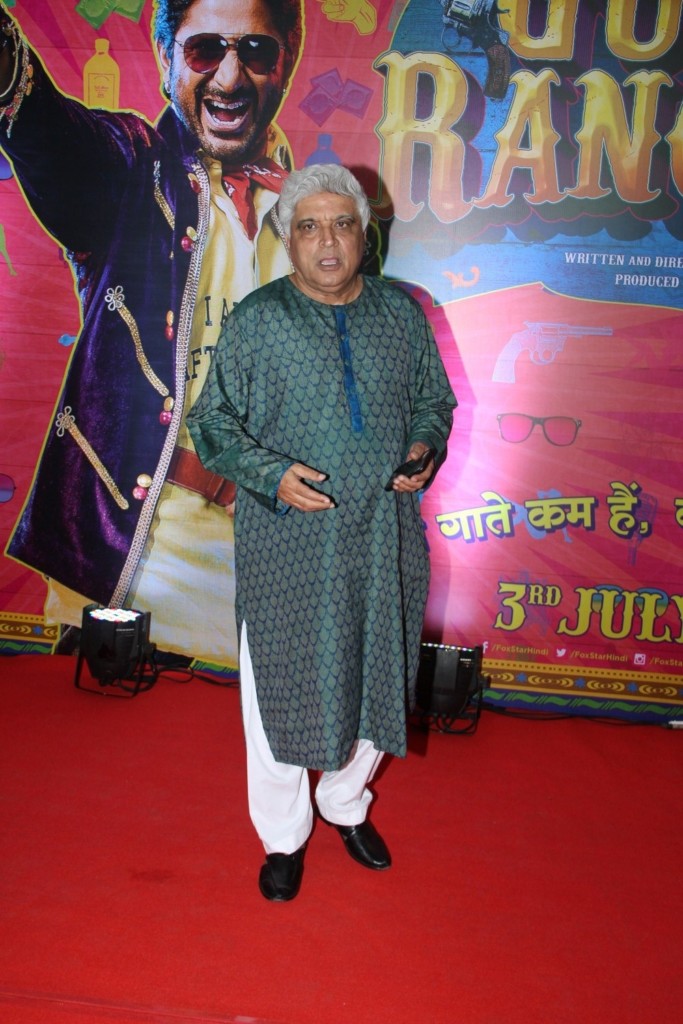 Mumbai, Oct 31 (IANS) Renowned Bollywood writer Javed Akhtar on Saturday said actors Anil Kapoor and Sridevi can star in the sequel to their iconic film "Mr. India" even now because they still look their parts and haven't aged.

"The film may have aged but not the lead actors. Boney (Kapoor) has been thinking of making a sequel and it shouldn't be a problem to cast Anil and Sridevi because they can still get by playing their parts," Akhtar said here on the sidelines of the 17th Jio MAMI Mumbai Film Festival.

At the Movie Mela on Saturday, a one-day film event, the team of 1987 film "Mr. India" reunited to reminisce on the making of the 27-year old cult classic.

Speaking on the occasion, producer Boney Kapoor confirmed the film will have a sequel.

"We definitely have intentions to make the sequel. People have come up with various concepts for the sequel while some fans had even posted a trailer of the sequel. We will definitely work on the sequel. It's a promise that it will happen soon," he said.

Directed by Shekhar Kapur and written by Salim-Javed duo, the film was one of the biggest hits and still holds a special place in Bollywood's history.