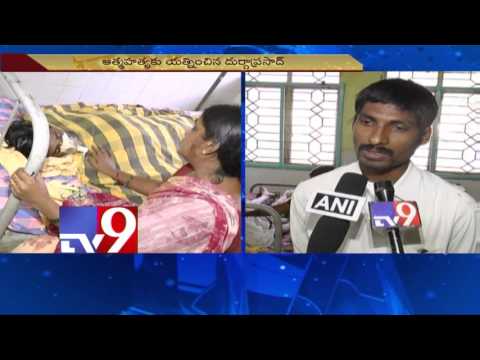 Hyderabad, Oct 30 (IANS) A man who had set himself ablaze in August over the denial of special category status to Andhra Pradesh died at a hospital on Friday in Eluru, police said.

S. Durga Prasad, 49, a resident of Unguturu in West Godavari district, poured petrol and set himself afire on August 24 as he was allegedly depressed over the state not receiving special status.

He sustained critical burn injuries and since then treated at various hospitals in Andhra Pradesh and also in Hyderabad. However, there was no improvement in his condition and on Friday he died at a hospital in Eluru town in West Godavari district.

At least five people in different parts of Andhra Pradesh have committed suicide over the issue.

The series of suicides began with a Congress worker torching himself at a public meeting in Tirupati on August 8.

A couple of them in their suicide notes said they were hopeful of getting jobs and other benefits and since the central government has declined to provide special status to the state, all their hopes were dashed.

The Telugu Desam Party (TDP)-led government had appealed to people not to become emotional and commit suicides over the issue.

Chief Minister N. Chandrababu Naidu advised people to have patience and assured them that his government is doing its best to get the special status.