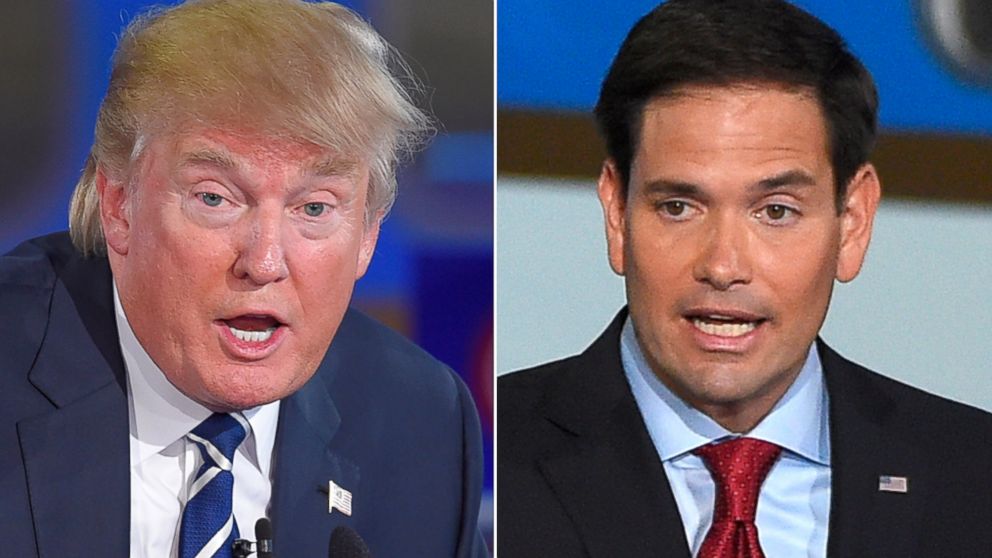 In Wednesday night's main event, Trump was asked about an assertion made on his website that Rubio, who is described as Facebook chief executive Mark Zuckerberg's personal senator, has a bill to triple H-1Bs that would decimate women and minorities.

Asked if he was in favour of H-1Bs or if he was opposed to them, Trump, who according to the latest CBS/New York Times poll has lost his frontrunner status to neurosurgeon Ben Carson, said: "I'm in favour of people coming into this country legally."

"I have created tens of thousands of jobs, and I'll be creating many millions of jobs if I'm given the opportunity to be president."

"As far as Mark is concerned, as far as the visas are concerned, if we need people, they have -- it's fine."

"Look, in addition to what Donald was saying is we also need to talk about the legal immigration system for permanent residents," said Rubio.

"Today, we have a legal immigration system for permanent residency that is largely based on whether or not you have a relative living here. And that's the way my parents came legally in 1956," he said.

"But in 2015, we have a very different economy. Our legal immigration system from now on has to be merit-based," Rubio said.

"It has to be based on what skills you have, what you can contribute economically, and most important of all, on whether or not you're coming here to become an American, not just live in America, but be an American," he said.

But according to the New York Times, a bill introduced in January by Rubio and some other senators does not have a requirement to recruit American workers first. Nor does it add any new protections for them from the existing H-1B programme.

Nearly 86 percent of the 76,000 H-1B visas issued for workers in computer occupations in 2014 were for people from India, according to a Computerworld analysis of government data obtained through a Freedom of Information Act request.

Unlike the first two Republican presidential debates that were dominated by Trump, the third one sponsored by CNBC in Boulder, Colorado, was also marked by an attack on the media led by Rubio.

In his first debate since rising to the top of the polls, Carson, who has made several controversial comments about homosexuality and Muslims, said he has no plans to change his public rhetoric.

He said the idea that a person who believes marriage is between a man and a woman is a homophobe was "one of the myths the left perpetrates on our society."

Republican establishment favourite Jeb Bush, son of a former president and brother of another, also went after Rubio for missing votes in the Senate while running for the White House.