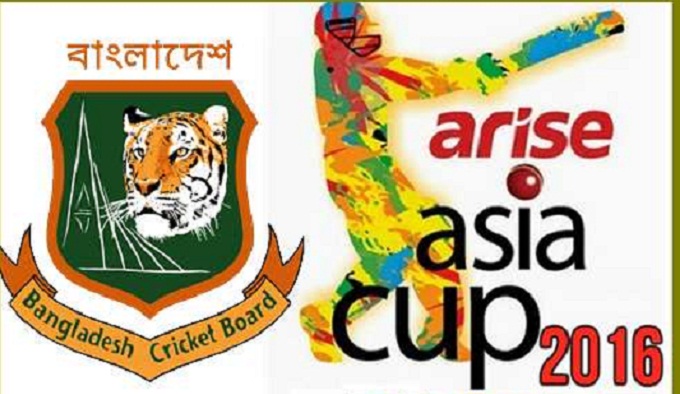 Dhaka, Oct 29 (IANS) Bangladesh has been selected to host next year's Asia Cup in an Asian Cricket Council (ACC) meeting in Singapore.

Bangladesh Cricket Board (BCB) president Nazmul Hassan confirmed on his return from the meeting on Wednesday night that the country will organise the competition for the third successive time.

The BCB chief said it was a unanimous decision.

All the countries agreed when Pakistan proposed Bangladesh as hosts for the competition, which is likely to be held in February-March next year, reported bdnews.com on Thursday.

India was ahead in the race for arranging the 13th edition of the competition. But Hassan had earlier hinted that the 2016 Asia Cup would be held in Bangladesh if India decided otherwise.

Bangladesh, who had also hosted the 2012 and 2014 editions, will organise the tournament for a record fifth time ahead of Sri Lanka, who has staged it four times.

The competition was held twice in the United Arab Emirates (UAE) while India and Pakistan have hosted it once each.

In April, the ACC announced that the Asia Cup would be held in T20 and one-day formats alternatively in accordance with World Twenty20s and World Cups.

With India hosting the World T20 later in 2016, next year's tournament will be in the shorter format for the first time while the 2018 edition will be played in the one-day format.

The competition will comprise five teams like the 2014 edition, with one playing qualifiers to earn the right to join the four Test-playing nations.

Hosts UAE, Afghanistan, Hong Kong and Oman will play the qualifiers next month.