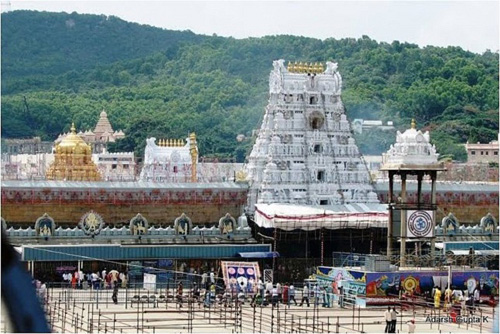 The ancient 1000 pillar Mandapam at Tirumala is all set to be rebuilt. The decision was taken by the TTD Executive Committee and the rebuilding models put forth by an architectural firm Sthapati who reconstructed several monuments in India, were examined by the Committee members.

The final decision would be taken by TTD after exploring more rebuilding models from other architectural firms. Few years back, the TTD dismantled the 1000 pillar mandapam as it was a part of the master plan.

Doda : Jammu and Kashmir Police and the Army in a joint operation, busted a terrorist hideout #Gallery

Palamu:Police arrested three people for cooking a meat of a Deer. #Gallery