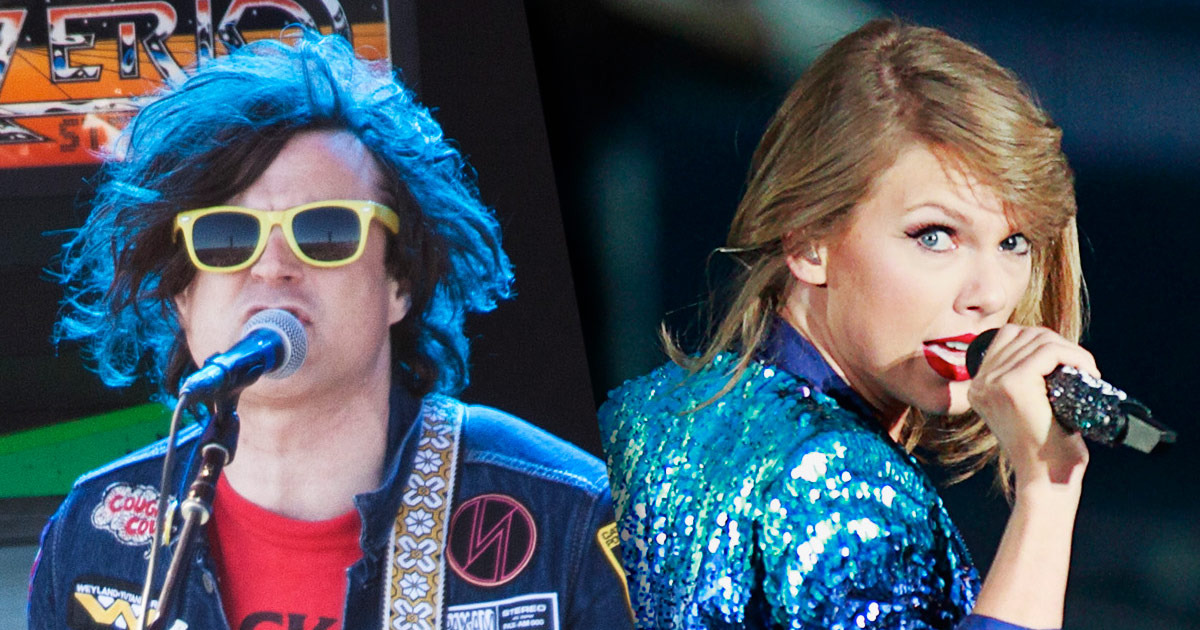 Los Angeles, Oct 27 (IANS) Singer Ryan Adams, who earlier put out an album filled with his covers of songs from Taylor Swift's hit album "1989", has compared the pop star to William Shakespeare, saying her lyrics has struck him as incredibly deep for almost a decade now.

Talking about the making of the covers album, which is also titled "1989", Adams said that the transition from working on his own material to recording Swift's songs was like "being in 'Ghostbusters' or something, and then all of a sudden I have to go do Shakespeare".

"Well, look, those songs are popular for a reason. She's a popular artist for a reason," Adams told theguardian.com.

Adams said that he had been a longtime fan of Swift and his "1989" was the result of his love of her music. He then gushed over "White horse" off the former country darling's 2008 album "Fearless", saying that he got "chills" from "head to toe" when he first listened to the song.

"I remember feeling shocked by her voice, shocked at how clean that song was. I like stuff that sort of penetrates through my regular consciousness and hits me where I'm not looking. That's usually stuff that's a little darker," he said.