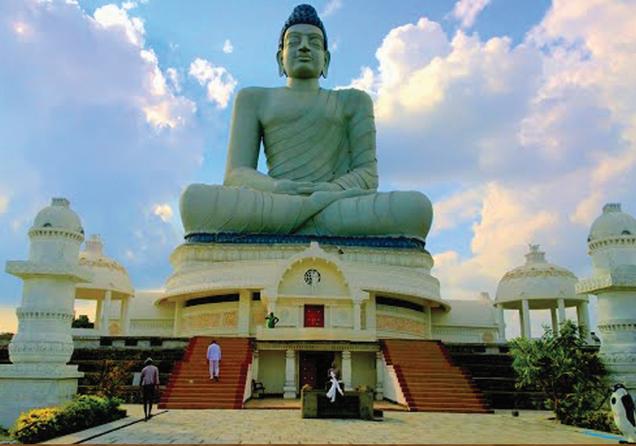 Vijayawada: Opulence is more visible in the capital villages these days. It is not just bikes and posh duplex houses that display wealth. It is more than that. Elevators in the residential houses and horses to take pleasure rides in the evening are the talk of the town now.

The day when these agriculture rich villages were declared as capital, there were some tractors, few bikes, besides the traditional bullock carts in these villages.

The realtors have flocked the village with currency bundles offering high prices of Rs 3 crore an acre from the initial Rs 10 lakh. Ironically, the price of the land from Rs 3 crore at Undavalli and Penumaka, which are close to Vijayawada, had come down to Rs 2 crore.

After the realtors, it was the automobile dealers, who have put up temporary sheds in the villages offering two and four-wheelers. Private and public sector banks too have opened their branches in the capital villages. The major villages like Thullur, Rayapudi and Mandadam villages have seen all these new things in the past one-and-a-half years.

Now, the new thing in these villages is the duplex houses having elevators and the rich farmers going around on the horses to display the wealth. These developments have become talk of the capital region.

The 52-year old farmer Karumanchi Appaiah, a resident of Velagapudi village, had purchased one horse when he entered into the real estate activity after the region was declared as capital. He had given his six acres of land in pooling to the government for the capital and became a realtor overnight.

He always had passion for horse riding from his childhood and the real estate business had given him an opportunity to fulfil his dream. He bought two horses, one from Pune at Rs 3 lakh and the other from Rajasthan at Rs 1.80 lakh. He moves around the villages every day in the morning and evening on his horses as the villagers watch him enthusiastically.

Vattikuti Apparao of Mandadam village is the first one to bring elevator to the village. He is building a three-storey house in the village in six cents of plot. Each floor has two-bedrooms, kitchen and a spacious hall. The penthouse too displays the opulence of this 68-year-old farmer, who had given his 25 acres to the capital in the land pooling and now wants to enjoy his wealth.

His three sons-in-law, who are into finance business, have helped him build the new house, where the total ground floor is marked for parking besides a guest room. He had placed the order for elevator, which is set to reach him in the next week. “The building is ready in two months and we want to be here for next Pongal,” says Apparao.