Home » Movies » Reviews » ‘Rock the Kasbah’: Does Not Rock, but Is an Easy Watch 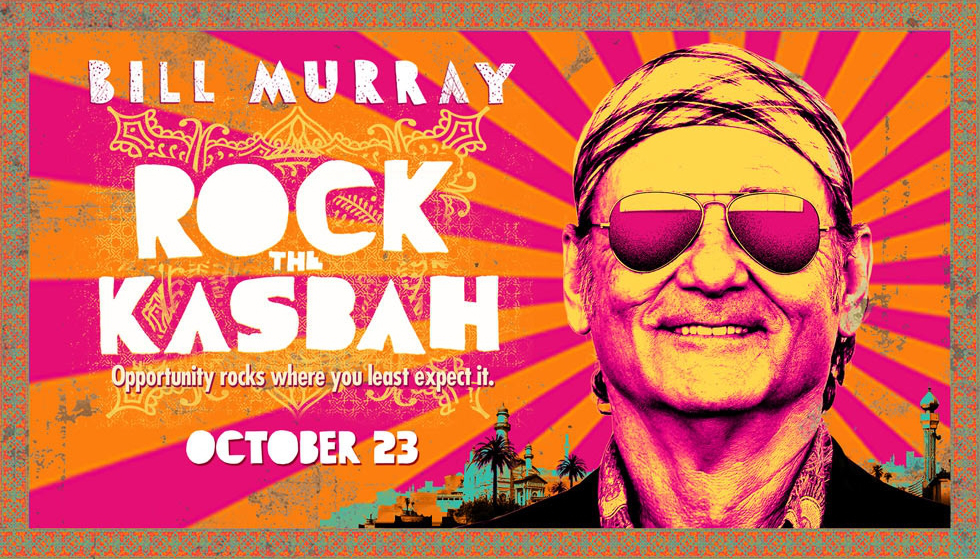 Barry Levison's "Rock The Kasbah," follows Richie Lanz, a down-on-his-luck Hollywood agent and music manager who lands in Kabul, on a USO tour of Afghanistan, along with a pathetic wannabe singer, Ronnie (Zooey Deschanel), with the hope of making some money and fame.

What follows are the misadventures of Richie Lanz after Ronnie robs him of his cash and passport and leaves him stranded in a war-torn country.

With a wry sense of humour and luck on his side, he gets his way through, stating, "I am not a fighter, I am a deal maker." He cracks deals by pulling the strings, offering a percentage and shaking hands with war-lords, mercenaries, arms dealers Nick (Danny McBride) and Jake (Scott Caan) and ultimately the village-head of a Pashtun village, where he meets a young woman, Salima (Leem Lubany), who can sing beautifully.

Richie envisages Salima to be the voice of Afghan Star, a talent show modelled on the lines of American Idol. Unfortunately, he finds the villagers and seemingly much of the country not interested in having a woman sing in public. How he overcomes these issues, forms the crux of the tale.

The film is Bill Murray's journey and he does not stretch himself, a wee bit, playing the jolly old opportunist with a heart, who is pompous and rude at times. He is natural, unwittingly funny and convinced of his own greatness.

Beejan Land as his driver, translator and well-wisher Daoud who is in awe of the American, is charming. His subtle and timely warnings to Richie make you chuckle.

It is the Palestinian beauty Leem Lubany who is striking as the singer Salima. Unfortunately, her character like the rest of the characters in the film is poorly etched.

This film is dedicated to Setara Hussainzada, a female contestant of the third Afghan Star show. Setara was the first to be eliminated in the final round and during her farewell performance she danced uninhibitedly, which was considered socially inappropriate.

Depending heavily on cultural cliches and crisp one-liners, this comedy drama written by Mitch Glazer is an easy watch. But the issue with the script is that it switches from an adventurous tone to a moralistic tale halfway through the narration. The change is sudden, unforeseen and completely derails the film from its original track and goal.

With minimalistic production values, and with the war-torn country as the back-drop, the visuals are shades of grey making the entire atmosphere seem dull and cluttered.

Overall, this film only faintly rocks the Kasbah!