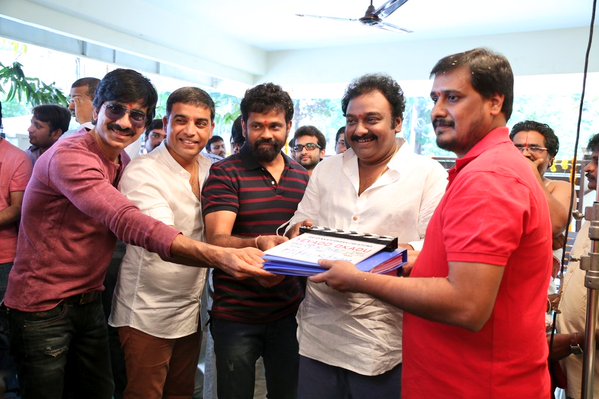 Mass Maharaj Ravi Teja's Bengal Tiger teaser is getting ready for release. The teaser of Bengal Tiger got a tremendous response from all the views. As soon as this film completes, Ravi Teja will join his next project titled Yevado Okadu.

The new film Yevado Okadu has had its formal launch earlier today. As per the social media info, the regular shoot of the movie will start from November and the music is composed by Devi Sri Prasad. "Oh My Friend" fame Venu Sriram directs this flick and it is produced by Dil Raju on Sri Venkateswara Creations banner. The movie is being planned to release in Summer of 2016

: Jaipur: Dark clouds hover in the sky over the area during monsoon season #Gallery