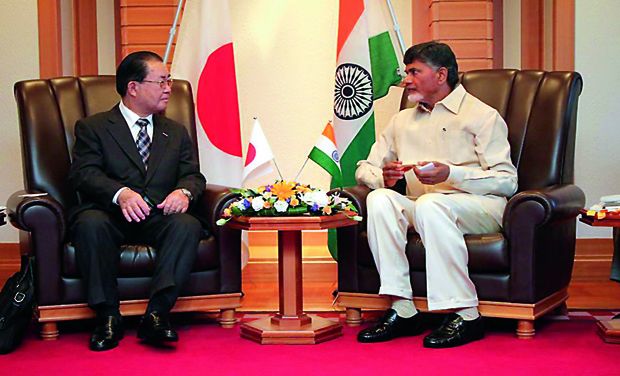 Vijayawada, Oct 22 (IANS) Japan and Andhra Pradesh on Thursday signed a Memorandum of Understanding (MoU) for the development of Andhra capital Amaravati.

The MoU was signed a couple of hours before Prime Minister Narendra Modi laid the foundation stone for the capital.

Andhra Pradesh Chief Minister N. Chandrababu Naidu and Japanese minister for economy trade and industry Yosuke Takagi were present at the function. Officials said the MoU would facilitate foreign investments and development of infrastructure in the new capital. The details will be worked out later.

Speaking at the foundation stone ceremony, the Japanese minister said his country was ready to lend a helping hand in development of Amaravati with the experience and technology.