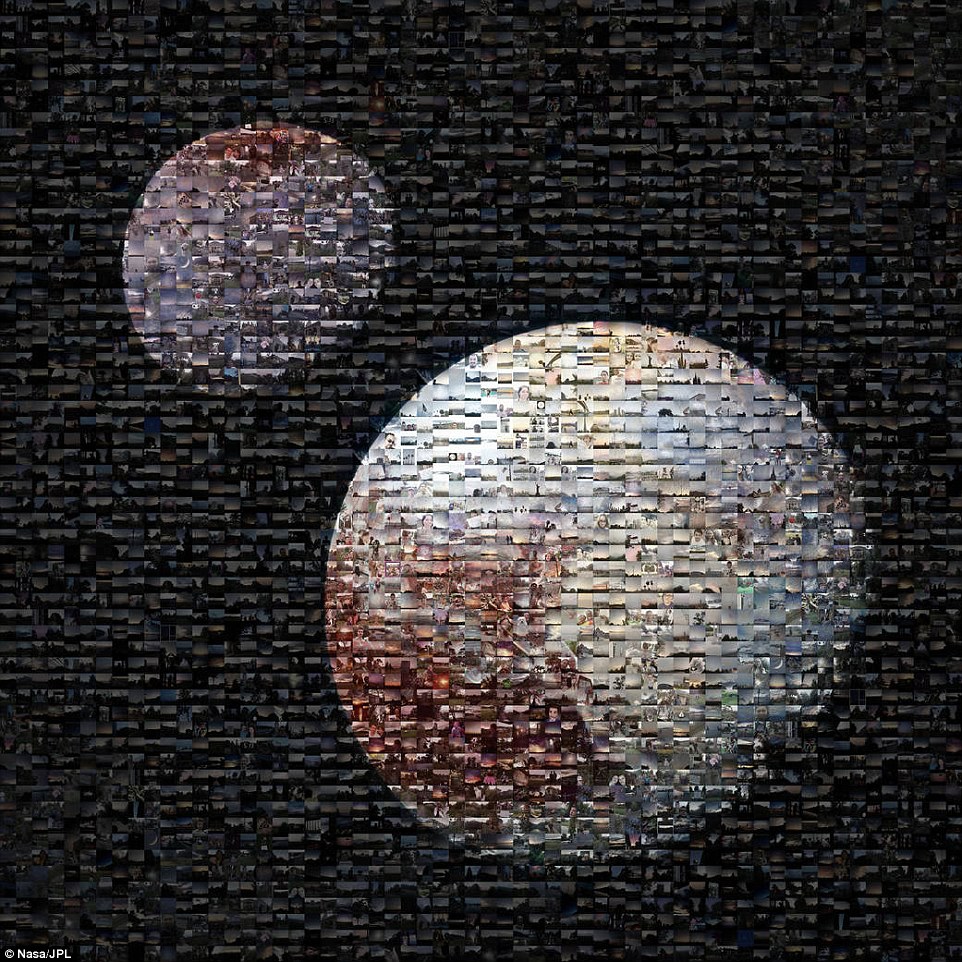 The Pluto Time concept and widget was developed by NASA's New Horizons science team so that people could experience the approximate sunlight level on Pluto at noon -- generally around dawn or dusk on the Earth, the American space agency said on Tuesday.

Since the Pluto Time campaign was announced in June this year, NASA received more than 339,000 visits to the Pluto Time widget and almost 7,000 image submissions from across the globe.

Thousands of those submissions have now been assembled into three stunning mosaics of Pluto, Charon, and a combined image of the two.

The mosaics include not only dim skies on the Earth, but famous landmarks, selfies, and even family pets.

The Pluto Time idea stemmed from a frequently-asked question of New Horizons scientists: How are you going to take pictures of Pluto, given that it is so far from the sun?

"We realised that we could make a web tool that would estimate approximately when the light levels dropped to Pluto levels," said Alex Parker, research scientist at the Southwest Research Institute (SwRI) in Boulder, Colorado.

"We looked up tables of illumination levels during various stages of twilight -- used to determine when streetlights come on and such -- and determined how low the sun would need to be on a clear day to match Pluto. After that is was a matter of doing the math."

"It's gratifying to see the global response to Pluto Time, which allowed us to imagine what it's like on Pluto, some three billion miles away," said Jim Green, NASA's director of planetary science.