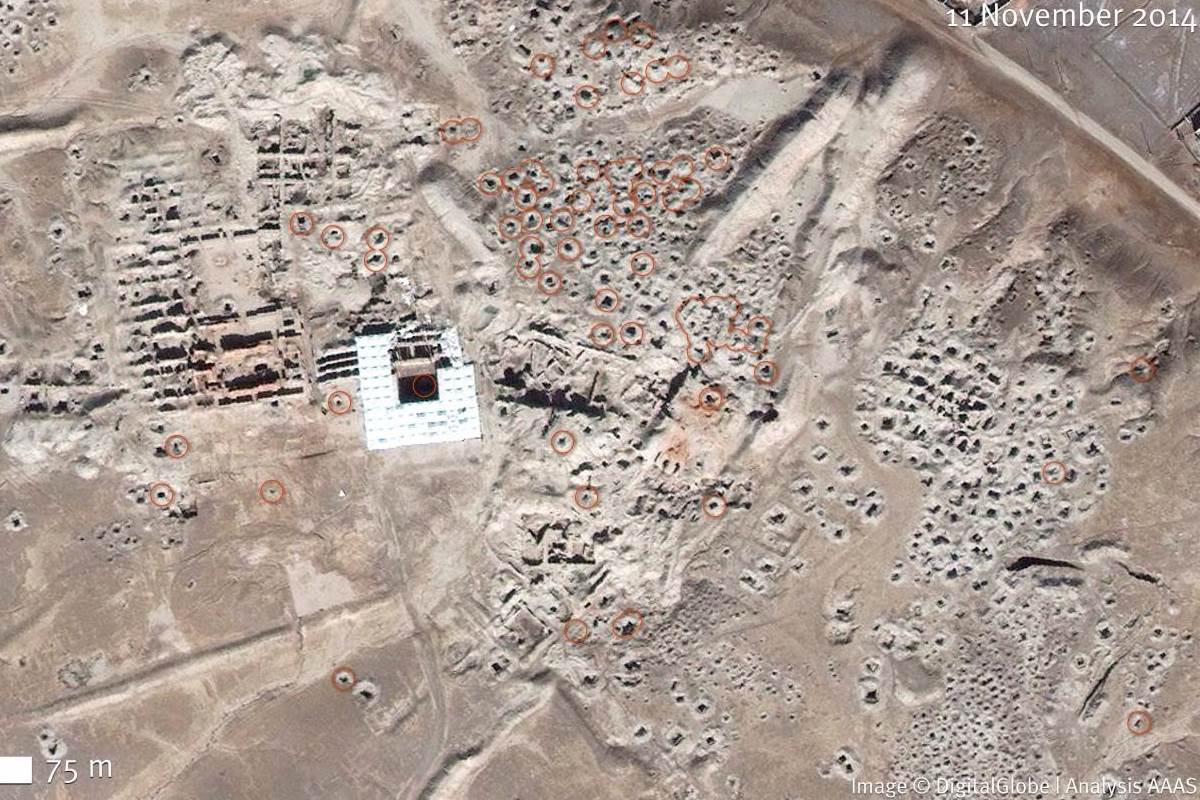 Washington, Oct 21 (IANS) An analysis of satellite imagery of nearly 1,300 archaeological sites in Syria has revealed that not just Islamic State (IS) terrorists, the Kurdish People's Protection Units (YPG), opposition forces and the Syrian regime have also been major players in the looting and destruction of cultural heritage sites.

According to the study led by New Hampshire-based Dartmouth College, war-related looting is most widespread in areas held by the Kurdish YPG and other opposition forces where more than 26 percent of sites have been looted since the war began.

In contrast, 21.4 percent of sites have been looted in IS-controlled areas and only 16.5 percent in Syrian regime areas.

The findings show that more than 25 percent of archaeological sites in Syria have experienced looting since the war began in 2011.

"Most media attention has focused on the spectacles of destruction that IS has orchestrated and posted online. This has led to a widespread misunderstanding that IS is the main culprit when it comes to the looting of archaeological sites and damage to monuments," explained Jesse Casana, a specialist in the archaeology of the Middle East.

"Using satellite imagery, our research is able to demonstrate that looting is actually very common across all parts of Syria, and that instances of severe, state-sanctioned looting are occurring in both IS-held and Syrian regime areas," he noted.

While the destruction of buildings and monuments in Syria is often recognisable from the ground, satellite imagery is especially effective at revealing locations where looting, earthmoving and construction in non-urban areas has taken place.

The study evaluated nearly 1,300 sites in Syria, including 700 "priority sites" that had already been excavated.

One of the most well known incidents of looting occurred at Apamea, a massive Roman city in western Syria.

The satellite images indicate that looting began in the start of 2012, after Syrian forces invaded the area and continued during the Syrian occupation of the site through at least the fall of 2013.

As the research team continues to monitor sites, especially in northern IS-held areas of Syria, the findings can serve as a valuable resource to heritage officials and archaeologists, especially after the war is over.

The study appeared in the journal Near Eastern Archaeology.