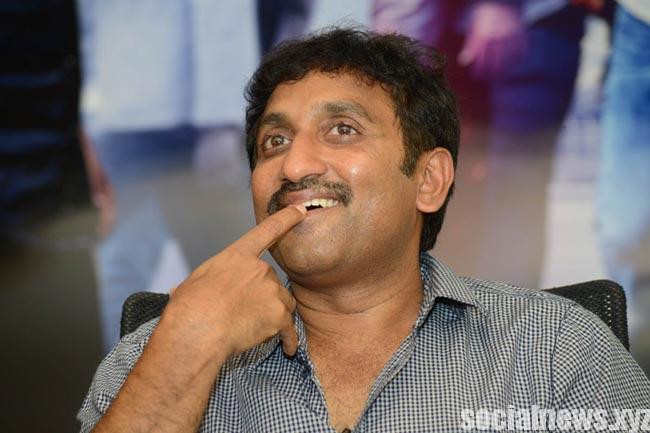 History repeats is a good thing as long as the history that is repeating is good one. If it is bad then everybody wants to get away form that cycle as soon as they can.  Yes, we are talking about  two disaster directorial ventures back to back by Sreenu Vaitla.

Year 2014, Sreenu Vaitla directed Super Star Mahesh Babu starer Aagadu. Fans of Mahesh babu were so excited, they thought they will rewrite the Telugu Film Industry records. Vaitla for his part increased that excitement 100 fold by releasing a trailer of the movie with full of punch dialogues.

Eventually movie released and reviewers and common public alike adjudged that the movie has nothing but punch dialogues. The fans of Mahesh on social media were of the opinion that the movie is not as bad as it being portrayed in the public. The movie was declared a disaster and even Super Star Mahesh said sorry to his fans for making such a bad movie.

Fast forward 2015, director same hero changed. Now Vaitla got to direct Mega Power Star Ram Charan's Bruce Lee - The Fighter. Mega family even brought back start writer duo Kona Venkat and Gopi Mohan back together with Vaitla. The first teaser and song teasers of the movie have created a lot of expectations.  Everybody liked Charn's dance moves in those promos. As an icing on the cake the makers of Bruce Lee - The Fighter even announced that Mega Star Chiranjeevi will be seen in 3 minutes cameo role. Fans were ecstatic.

The D-day has finally came and just like Aagadu, this movie has nothing but Chiru's best cameo and Charan's dances. The public rejected the movie. The reviews were bad than Aagadu. One reviewer even said, "Bruce Lee makes Aagadu a better movie". The fans contradicted, they too like Mahesh fans(for Aagadu) thought the movie is not as bad as reviews.

So one director has played with feelings of two opposing groups of fans in the same way.