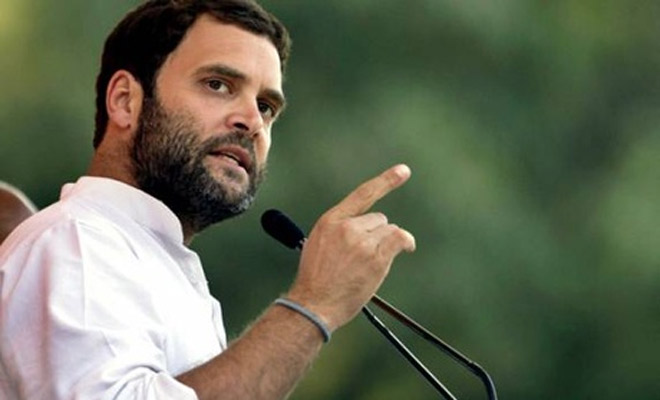 In a letter to Modi, Gandhi also requested him to announce a time frame for fulfilling of commitments made in the Andhra Pradesh Reorganization Act, when he visits the state on October 22 to lay the foundation stone of the new capital Amaravati.

"Over one year has elapsed since the NDA government has come to power but many of the commitments made to the state - including special category status - remain unfulfilled," he said.

Gandhi also noted that the state is "facing a huge revenue deficit and development initiatives are at a virtual standstill".

"Despite the obvious need for immediate aid, the centre has still not acted to extend support.

"Since you are visiting Andhra Pradesh, I would like to request you to use this opportunity to grant special category status and announce a time frame for the fulfilment of the commitments made in the act," he said. 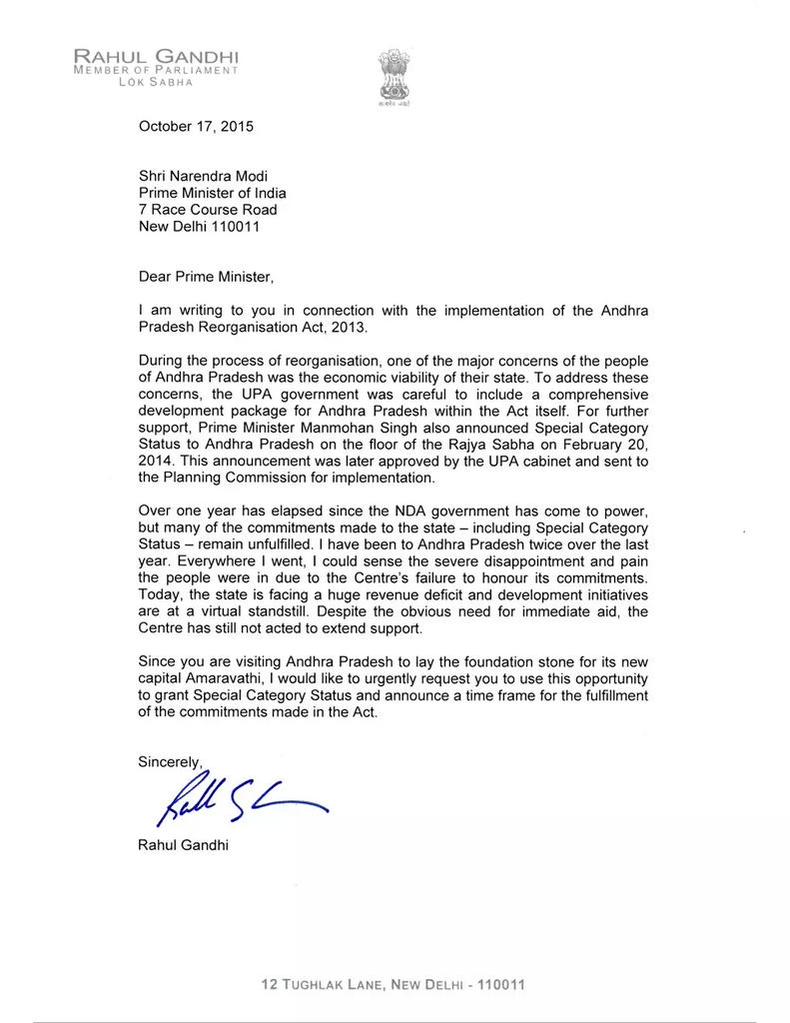