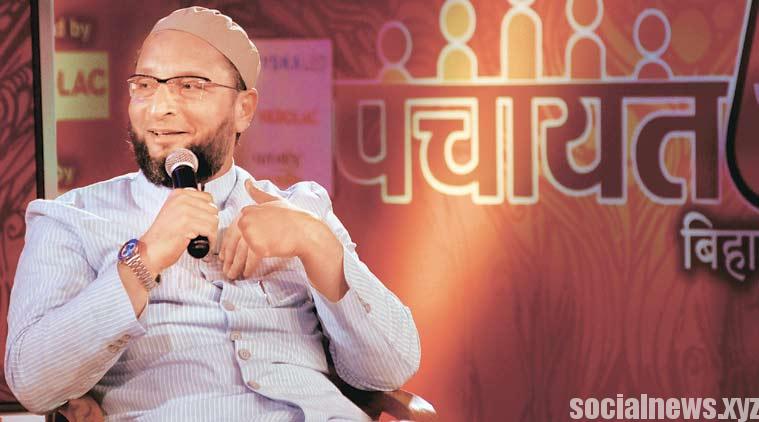 Hyderabad, Oct 18 (IANS) MIM chief Asaduddin Owaisi on Sunday sought the ban on organisations and publications who don't believe in the Indian constitution and rule of law, demanding outfits justifying killings and promoting a "lynch mentality" should be immediately banned.

"Cases should be booked against such organisations and owners of such publications," Owaisi told reporters in Bihar, where he is campaigning for his party candidates in the assembly elections.

The Hyderabad MP said this when his reaction was sought to a story in the Rashtriya Swayamsevak Sangh (RSS) mouthpiece "Panchjanya" which said that the killing of Mohammad Akhlaq in Uttar Pradesh over beef consumption rumours could not have been "without reason" and even the "Vedas mandate killing of those who slaughter cows".

"The Indian constitution is not based on any religion and nor India can become a religious state. These people are talking of making India a Hindu rashtra," said Owaisi.

He said justifying a murder of Akhlaq and another man in Himachal Pradesh were unfortunate.

"72 percent of people in India eat meat. Are they going to kill all?" he asked.