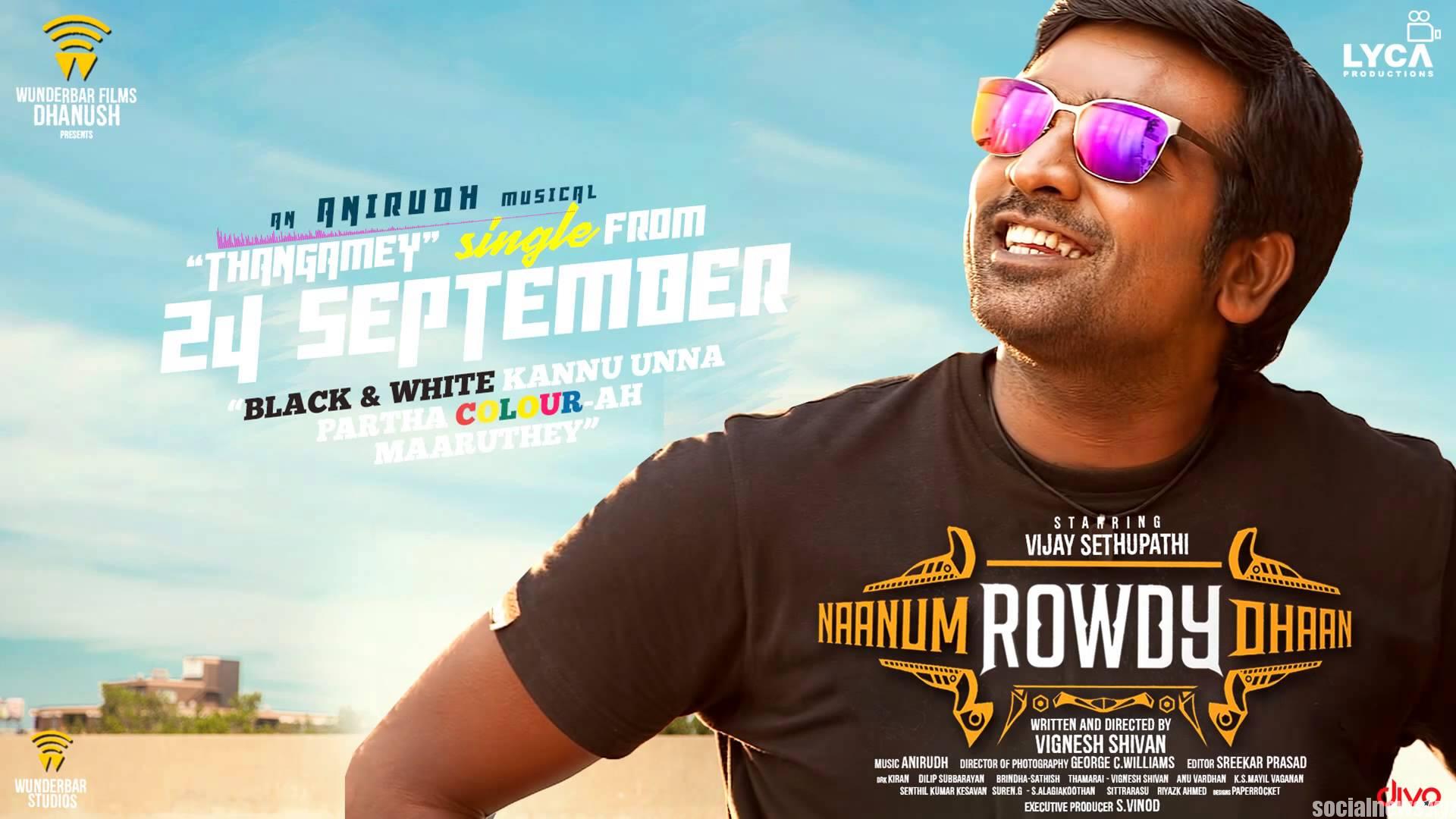 Chennai, Oct 18 (IANS) Director Vignesh Shivan says the forthcoming Tamil film "Naanum Rowdydhaan" is highly emotional, but its humorous treatment makes it a cut above the rest of the films in the same league.

"As a story, it's very emotional. What makes it different from other films is its treatment, the way extreme emotions have been handled. In the film, you'll find moments where you laugh and cry, but we've achieved a perfect balance," Vignesh told IANS.

The film, which releases in cinemas on October 21, features Vijay Sethupathi and Nayanthara in the lead roles.

As a director, it didn't take Shivan much convincing to bring his lead actors on board.

"It was the story that appealed to both of them. The story demanded someone very versatile, so Vijay was the instant choice and he liked the script when he heard it," he said, and added when a star like Nayanthara backs a project, its reach is phenomenal.

"She likes to support interesting projects, even if it means working with a newcomer. Recent films such as 'Raja Rani' and 'Maya' are the best examples. When she backs such projects, they get a lot of mileage," he said.

"I usually prefer casting actors from our own industry. We felt Parthepan sir would make an interesting choice for someone who's not as terrorising as a regular villain but is funny at the same time.

"Honestly, they made working with them so easy and their involvement was very encouraging. They were ready to reinvent, shoot for the scene again if needed and it only showed their love and interest in the project," he said.

Talking more about his leading man, Shivan said Vijay will be seen in a young avatar.

"He's rarely played a character his age or much younger. We've tried to bring out the boyish charm in Vijay, and I think it has worked in our favour. The kind of character he essays is quite evident in the promos," he said.

According to the young director, the film's composer Anirudh Ravichander is its biggest backbone. The music has already been adjudged a hit, with tracks such as "neeyum naanum", "yennai maatrum kadhale" and "thangamey" going on to become chartbusters.

"He's the kind of person who wants me to win and his love for the project has been a big morale booster," he said.

The film is produced by Dhanush's home banner Wunderbar Films, and Shivan said it was Ravichander who got the makers to bankroll this project.