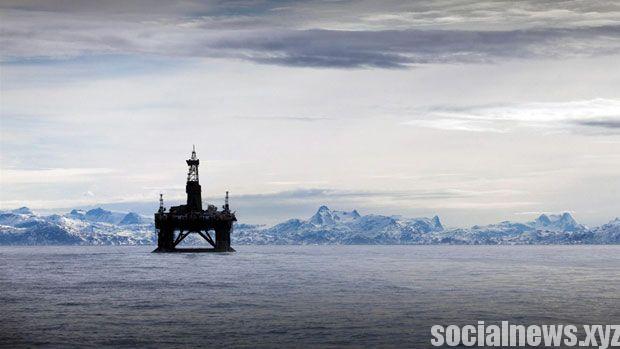 Washington, Oct 18 (IANS/EFE) The US government has cancelled plans to allow oil drilling along the Arctic coasts of Alaska for the next two years, the interior department announced.

The decision signifies the elimination of offshore lease sales for oil drilling rights in the Chukchi and Beaufort Seas, and comes less than a month after the Shell oil company decided to suspend its exploration for crude and natural gas on the Alaska coast, EFE reported on Saturday.

On September 28, the Anglo-Dutch oil company announced the suspension of its plans in Alaska due to some "disappointing" results from an important oil well in the sea off Chukotka, that unfortunately coincided with a time when the price of crude was at its lowest in recent years.

"Shell will now cease further exploration activity in offshore Alaska for the foreseeable future," the oil company said at the time. "This decision reflects both the Burger J well result, the high costs associated with the project, and the challenging and unpredictable federal regulatory environment in offshore Alaska."

"In light of Shell's announcement, the amount of acreage already under lease and current market conditions, it does not make sense to prepare for lease sales in the Arctic in the next year and a half," interior secretary Sally Jewell said.

The Barack Obama administration also decided to refuse the requests of Shell and Norway's Statoil to move to a later date the lease contracts in the Arctic they obtained from the government of George W. Bush.

The two offshore lease sales that the US had planned for the next two years were the one in 2016 for drilling rights in the Chukchi Sea and the other in 2017 for the Beaufort Sea.

Despite the hold on bidding during the next two years, the interior department still has plans for possible lease sales for drilling rights in the Arctic for the years 2020 and 2022.

The final decision in those two cases will be up to the US president elected in 2016.

Meanwhile, environmentalists have opposed all plans to drill for oil in the Arctic, warning that such operations could harm polar bears and seals.