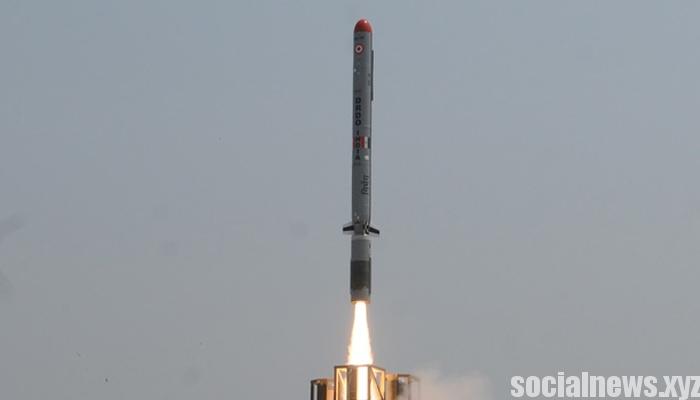 Bhubaneswar, Oct 16 (IANS) India's indigenous surface-to-surface cruise missile Nirbhay on Friday nosedived midway as the mission was aborted after only about 11 minutes of the test flight.

The missile, which has a designed range of 750-1,000 km, nosedived after covering only 128 km over the Bay of Bengal.

The mission was "aborted" after 700 seconds (around 11 minutes) of flight, defence ministry spokesperson Sitanshu Kar tweeted.

According to Defence Research and Development Organisation (DRDO) sources, although the takeoff was successful amid repeated disruptions in the countdown, the missile missed the target after 11 minutes after it was test-fired from Balasore district of Odisha.

The missile's first test on March 12, 2013, had also failed as it fell after only 20 minutes of flight. The second test on October 17, 2014, was also not up to the mark as it could not maintain a low height.

The cruise missile is expected to supplement the Indo-Russian joint venture supersonic cruise missile BrahMos, which can carry warheads up to 290 km.

Infographics: Q4. Who do you think is responsible for the horrible condition of roads during the rainy season? #Gallery

Infographics: Q3. Even after the three farm laws were withdrawn, the Samyukta Kisan Morcha has refused to join a panel to discuss MSP. Do you think it is the right decision? #Gallery

Infographics: Q2. Do you think the results of civic elections in Madhya Pradesh are a trailer for the upcoming 2023 assembly polls in the state? #Gallery

Infographics: Q1. Do you think the questioning of Sonia Gandhi by the Enforcement Directorate is a vindictive action? #Gallery

Amritsar: Students take a selfie as they celebrate their success #Gallery

Who is Zubair: UP says facts twister, not fact-checker; SC grants him bail in 6 FIRs