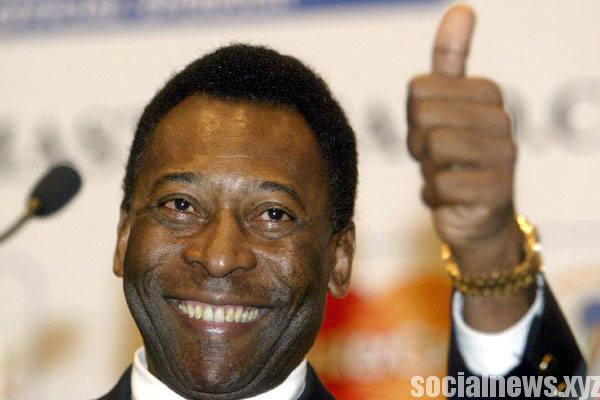 Mumbai, Oct 13 (IANS) Music superstar A.R. Rahman, who is composing the music for Pele biopic, says the opportunity is a big honour and meeting Brazilian football legend was a "dream come true".

"Pele is a big legend in sports and doing his movie is such a big honour," Rahman told media persons at a interaction for "Jai Ho", a documentary on his life to be telecast on Discovery channel. He also said that when he had read the film's script, he loved the whole idea of it.

In a recent interview, Rahman had said that he was a "zero in sports" and "he composed music for Pele without knowing him".

"The music I'm making is on the personality, it's an emotion, you're not physically involved. To follow sports, it requires energy and 'mehnat' (hard work). And for me, all my work, all my energy is from music. From the childhood that's been my focus with undivided attention," he had said.

The biopic on Pele is titled "Pele" and is being written and directed by Jeff Zimbalist and Michael Zimbalist. Regarding the kind of music we can expect from the film, Rahman said: "It's really edgy, the mode of making is the school of Danny Boyle, but it's very Pele - very Brazilian. It's got that influence and I loved it."

Rahman met Pele at his special birthday celebration in Kolkata along with cricket legend Sourav Ganguly and West Bengal Chief Minister Mamata Banerjee. About the experience of the event, he said, " It was fantastic, it was a dream come true. Going to Kolkata, meeting the chief minister, meeting the prince Ganguly, it was like the icing on the cake. It was literally the cake as the chief minister gave me the cake."

"Jai Ho" will premiere on October 26.