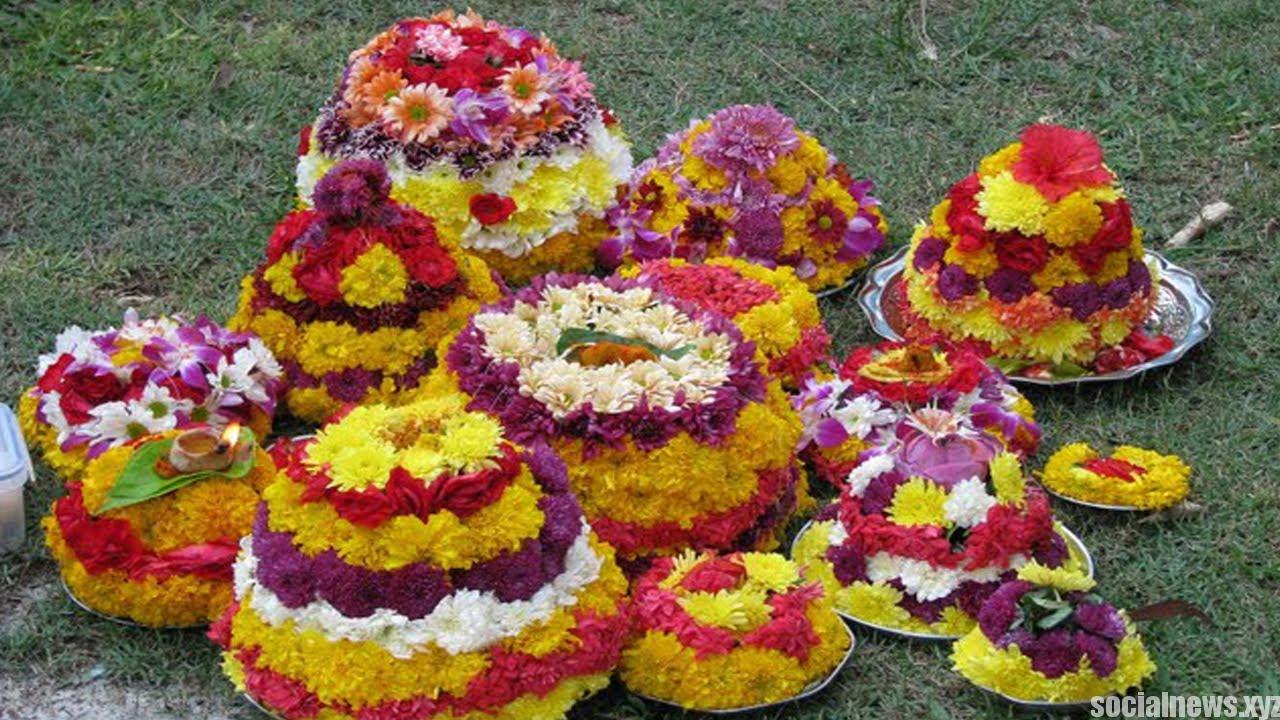 Hyderabad, Oct 12 (IANS) Bathukamma, the floral festival of Telangana, got off to a colourful start on Monday with women enthusiastically participating in the festivities across the state.

A festival atmosphere prevailed in the state with Bathukamma celebrations in different parts of Hyderabad and nine other districts of the state.

Attired in their best, women arranged flowers and played around it to mark the beginning of the 10-day festival, a symbol of Telangana's rich culture.

For the second year, Bathukamma is being celebrated as a state festival.

The festivities were held at the offices of the district collectors and at the residences of ministers, legislators and ruling Telangana Rashtra Samithi (TRS) leaders.

Telangana Jagruthi president and MP K. Kavita participated in the festivities at Narsampeta in Warangal district. She said Bathukamma' played a key role in the movement for separate Telangana state.

Kavita, who is the daughter of Chief Minister K. Chandrasekhar Rao, said after achieving Telangana state, the TRS has sent the goal of "Bangaru Telangana (Golden Telangana)".

Deputy Speaker Padma Devender Reddy inaugurated the festivities at Ministers' Quarters in Hyderabad. She played Bathukamma along with wives and other women family members of the ministers.

Greater Hyderabad Municipal Corporation (GHMC) has decked up the twin cities of Hyderabad and Secunderabad for the festival. It has taken up beautification of important road stretches with special decorative lighting, including 3D lighting. Models of Bathukamma, have been put up at some key road junctions.

Thousands of women and women artists from various parts of the state will participate in the grand procession of Bathukammas on Oct 21 from L.B. Stadium to the Tank Bund here.

The colourful festival is celebrated by womenfolk with exotic flowers of the region.

They make small Bathukammas, play around them every evening for a week and immerse them in a nearby water pond.

On the last day, the menfolk of the house go into the wild plains and gather the flowers. The entire household sits down to arrange them in stacks. The Bathukamma is then placed before the family deity and prayers are offered. It is later immersed in water.

ebanon:Childrens enjoy their leisure time at the seaside corniche in Beirut #Gallery