Home » Sports » Cricket » Laughter on the Pitch and Pavillion: Cricket in its Humour 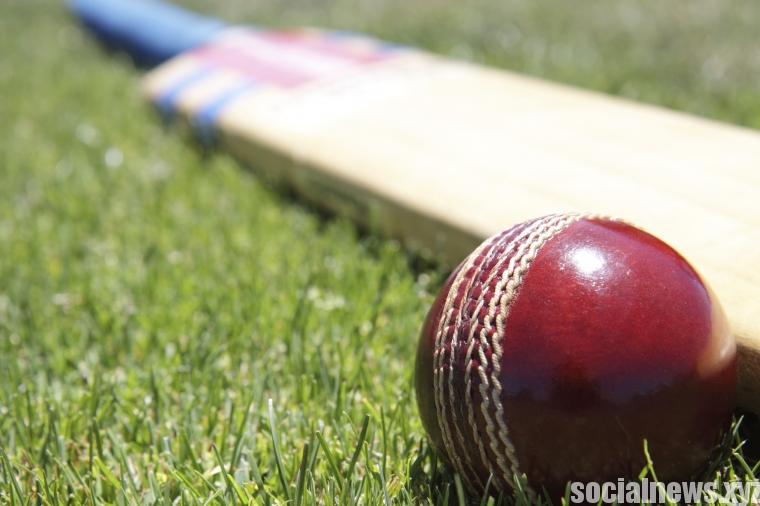 It now figures in fiction for all the wrong reasons now - controversies, conspiracies, crimes and even worse, distracting amorous dalliances, but cricket, in the days when it was still a gentleman's game and not a money-spinning, over-analysed entertainment spectacle, had an honoured place in English literature, with some great authors and avid players writing about it - some tickling the funny bone mercilessly while at it.

Humour, did you think? What role does it have in a game chiefly requiring superlative skills, agility and power, of an ability for inspired, intricate stroke play, or dispatching thunderbolts at the batsman or beguiling him with spin?

An initial look is not promising. Charles Lamb, William Hazlitt and Leigh Hunt played the game but didn't write on it, nor did it figure humorously in writings of J.M. "Peter Pan" Barrie and his team 'Allahakbarries' (named on a mistaken belief that the religious invocation meant "Heaven help us") comprising Jerome K. Jerome, A.E.W. Mason, Arthur Conan Doyle, E.W. Hornung (whose gentleman-criminal Raffles was an ace cricketer), H.G. Wells, A.A. "Winnie the Pooh" Milne and P.G. Wodehouse (save maybe "Picadilly Jim").

Dorothy Sayers' Lord Peter Wimsey actually solves a crime during a game in "Murder Must Advertise" (1933) and Douglas Adams' "Hitchhiker's Guide to the Galaxy" quintet has a most unsettling account of its origins. Laughs also don't figure in more recent works, be it Anuja Chauhan's "The Zoya Factor" (2008), Joseph O'Neill's haunting "Netherland" (2008) about a lonely Dutch business executive in post 9/11 New York finding a sense of belonging by joining a cricket club, Tarquin Hall's "The Case of the Deadly Butter Chicken" (2012) or Timeri N. Murari's "The Taliban Cricket Club" (2012).

"The Goat, the Sofa & Mr Swami" (2010), R. Chandrashekhar's matchless synthesis of politics, diplomacy, bureaucracy and cricket - which is what the sport is now - does however succeed with its riotous finale in a Delhi stadium.

The first humorous treatment is in Charles Dickens' rollicking, voluminous debut "The Pickwick Papers" (1836), whose chapter seven sees the Pickwickians at the Dingley Dell Cricket Club vs All-Muggleton game. Also introduced is the game's first commentator, who - to give him credit - is admirably succinct "Capital game-well played-some strokes admirable."

Pune-born Archibald Gordon (A.G.) Macdonell's neglected classic "England, Their England" (1933) has, also in its chapter seven, a match pitting a London team against locals in a Kentish village, with a titanic contest between a fast bowler and a soft-looking but lusty-hitting author - and what happens when the bowler feels compelled to make a supreme effort but the umpire feels mischievous. It sadly is too long to fit here but if you can't get the book, Ruskin Bond-edited "The Rupa Laughter Omnibus" has it.

But high levels of sportsmanship were not always seen.

A minor unlikable character in Thomas Hughes' "Tom Brown's Schooldays" (where cricket plays a major part), arch-cad Flashman (who got his own series courtesy author George MacDonald Fraser), is once prevailed to play for the alumni at Lords and performs the game's first hat-trick - dismissing Nicholas Felix, Fuller Pilch (the greatest batsman of his time) and Alfred Mynn by skill, sheer luck, and straight cheating. "I'm not sure that the sincerest tribute I got wasn't Fuller Pilch's knitted brow and steady glare as he sat on a bench with his tankard, looking me up and down for a full two minutes and never saying a word," he records in "Flashman's Lady" (1977).

Adrian Allington's "The Amazing Test Match Crime" (1939) lampoons not only the game but English society and crime too as Europe's most notorious gang "The Bad Men" (including an Englishman damned for knowing the rules but not playing by them) scheme to disrupt England's final test match against Imperia to decide the Ashes but are foiled by an unlikely and unexpected protagonist.

The antagonistic Herecombe and Therecombe village sides play a match that lasts till midnight but only see two balls bowled - and the first where a fielding side appeals against poor light. You can learn what happened in "The Bad-Tempered Cricket Match" in "Herbert Farjeon's Cricket Bag" (1946).

Don't dismiss all these as anachronistic curiosities but a testament to a pastime now reduced to a tense occupation by unconscionable commercialisation.

(11.10.2015 - Vikas Datta is an Associate Editor at IANS. The views expressed are personal. He can be contacted at vikas.d@ians.in )