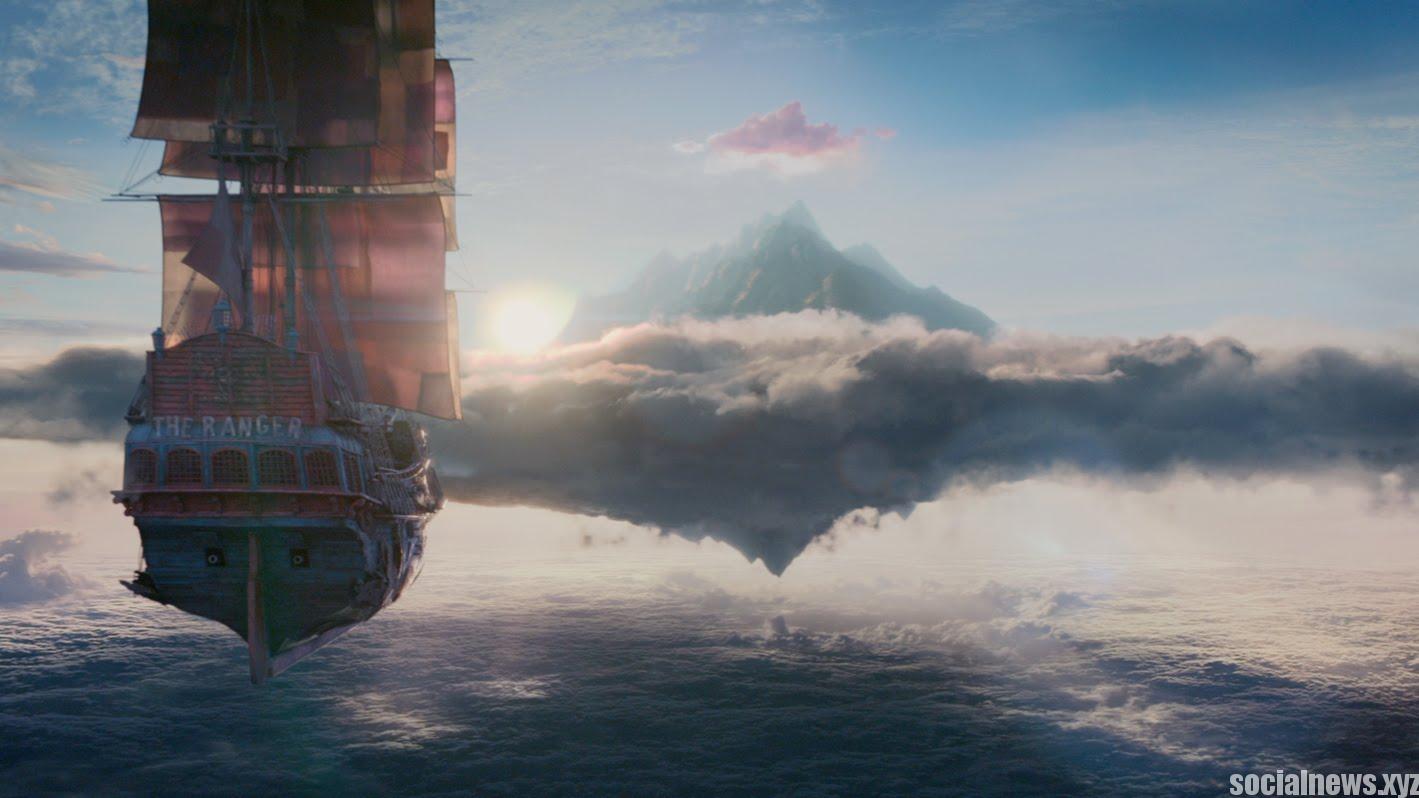 Based on characters introduced by Scottish novelist and playwright, J.M. Barrie, director Joe Wright's film "Pan" is a manufactured story depicting the origins of Peter Pan and Captain Hook.

The film literally begins with, "This is a story of the boy who can fly and never grows up… we must know how it began…"

The fantasy tale starts off with little baby Peter being abandoned by his bereft mother outside the gates of an orphanage in London, with a locket that resembles a miniature pan and a note that states she hopes to see him soon.

As many as 12 years later, during World War II, Peter (Levi Miller), while leading a dreadful life in the orphanage, under the control of the tyrannical Sister Barnabas (Kathy Burke), stumbles upon his personal file and longs to meet his mother.

During his stay at the orphanage, he notices that boys go missing in the middle of the night and wonders if those disappearances have anything to do with the gold coins being hoarded in the nun's "booby-trap" office.

And soon, in the middle of the night, pirates dressed as clowns, bungee jump into the orphanage, from their floating boat, that hovers around the roof, to snatch away the boys.

Peter too is whisked away in the flying ship to the mines of Neverland, which is ruled by the crafty and eloquent Blackbeard (Hugh Jackman) and thence commences his journey and discovery of his true identity.

From here on, the film becomes a seriously extended chase, packed with a colourful palette of computer generated video effects and theatrical devices that include songs like, "Hello, Hello, Hello how long…”, with absolutely no suspense and a very limited sense of fun, the film winds up on the blend of two premises; that is of a reluctant Messiah chosen to rescue his people from the wicked ruler and that of a hero's journey- where he must learn to believe in himself.

On both fronts, the film fails to create an impact, as the plot is tackled in a generic and non-conclusive manner.

Levi Miller, with his cutely impish demeanour that includes an uncontrollably inquisitive and rebellious streak, woos you with an impressive act in his maiden performance.

Garrett Hedlund as the boisterous adventurer James Hook, is probably the most confusing character in the ensemble. Though charming, his character has no consistency and is poorly etched. His association with Peter seems forced. He is ably supported by Rooney Mara as Tiger Lily, his love interest.

On the other hand, Hugh Jackman, with a bald pate and stark black beard is unrecognisable as the loud villain, Blackbeard. His verbose expositions after a while are monotonous and painful to the ear.

In stereotypical roles, Adeel Akhtar as James' aide Smee and Kathy Burke as the cruel nun are equally amusing.

With brilliant production values, which include good 3D effects, the film seems to have picked up designs from other well received films, giving this one a tired look.

Overall, "Pan" will appeal only to kids and those keen to learn about Peter Pan's origin.