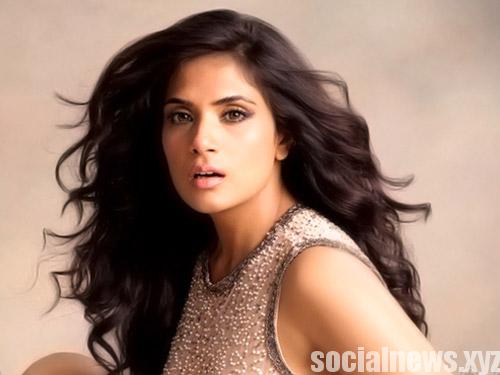 Mumbai, Oct 8 (IANS) Bollywood actor Richa Chadha has always being known for her intense character but while she has no qualms on doing a candy floss role as well, but she does not aspire to become a complete candy floss actress and wishes to work with Shah Rukh Khan.

"I wish I could be in SRK's 'Fan' or 'Raees'. Who doesn't wants to work with Khans. I want to work with all the Khans from Shahrukh Khan, Salman Khan, Aamir Khan, Saif Ali Khan and Irffan khan. After the struggle of 15-20 years, they have reached where they are now. If I get a chance to work with them, it will definitely be a learning experience," she said.

About the struggle of getting a big banner films, Richa said: "There is a trend of star kids. They share a different kind of rapport with the biggies of the industry since childhood that an outsider cannot share. If an outsider think that he or she can have that kind of bonding and get a big film of Karan Johar is next to impossible."

However, she also noted "but it is not impossible as well we have examples like Deepika Padukone, Priyanka Chopra and Kangana Ranaut who were outsiders but made it big in the industry".

Richa is excited and happy to receive compliments on the first look of her character in the upcoming Pooja Bhatt film "Cabaret". She said, "I am happy that I am appealing hot in the first look and my producer Pooja Bhatt is happy... you will encounter lots of songs in the film. I am waiting how people will receive the film."