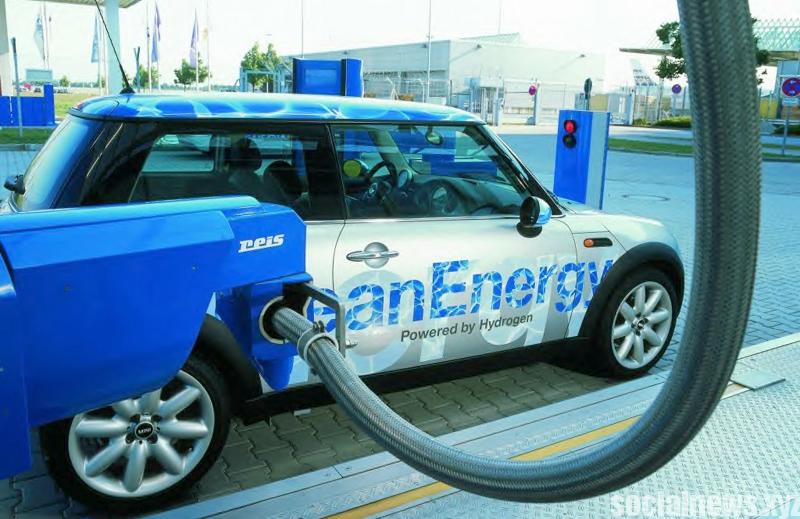 New York, Oct 8 (IANS) Getting a step closer to making hydrogen a less expensive fuel for cars, scientists have upgraded an inexpensive catalyst that can release four times more hydrogen from water than in its original form.

The upgraded catalyst -- molybdenum disulfide or 'molly' for short and nearly as cheap as dirt -- can replace the expensive platinum that costs a whopping $1,500 a gram.

"We should get far more output as we learn to better integrate molly with, for example, fuel-cell systems," said lead author Stan Chou from Sandia National Laboratories.

An additional benefit is that molly's action can be triggered by sunlight, a feature which eventually may provide users an off-the-grid means of securing hydrogen fuel.

Hydrogen fuel is desirable because, unlike gasoline, it doesn't release carbon into the atmosphere when burned. The combustion of hydrogen with oxygen produces an exhaust of only water.

Not requiring electricity to prompt the reaction may be convenient in some circumstances and also keep costs down.

"A molly catalyst is essentially a 'green' technology. We used sunlight for the experiment's motive power. The light is processed through a dye, which harvests the light," Chou said.

"A photocatalytic process stores that energy in the chemical bonds of the liberated hydrogen molecule. It's a kind of photosynthesis, but using inorganic materials rather than plants," Chou said.

"Plants use enzymes powered by sunlight to break up water into hydrogen and oxygen in a delicate process. We are proposing a similar thing here, but in a more rapid reaction and with sturdier components," he added.

However, co-author Bryan Kaehr cautioned that what has been established is a fundamental proof of principle, not an industrial process.

"Water splitting is a challenging reaction. It can be poisoned, stopping the molly reaction after some time period. Then you can restart it with acid. There are many intricacies to be worked out," Kaehr said.

"But getting inexpensive molly to work this much more efficiently could drive hydrogen production costs way down," he added.

The study is published in Nature Communications.