Another survey warned of a hung assembly, with the Bharatiya Janata Party (BJP)-led NDA securing 119 seats, to the Grand Alliance's 116 in the 243-member assembly. The half-way mark in the house is 122 seats.

A CNN IBN/IBN7-Axis survey said the Grand Alliance of the Janata Dal-United (JD-U), the Rashtriya Janata Dal (RJD) and the Congress was expected to win 137 seats. 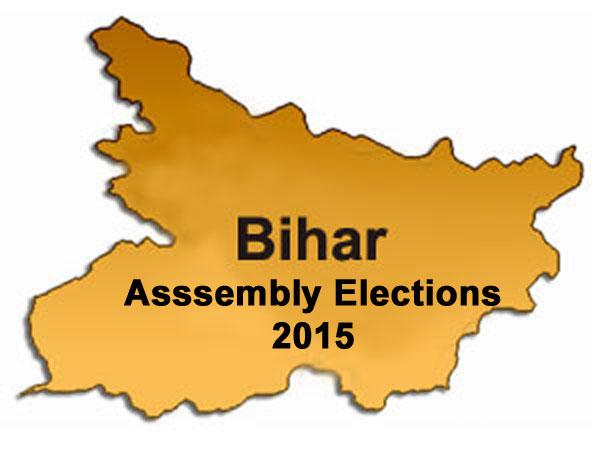 The NDA's main constituent, the BJP, was projected to win 82 seats. Its ally the LJP of Ram Vilas Paswan may get only two seats. Former chief minister Jitan Ram Manjhi's HAM is expected to bag eight seats and the RLSP of Upendra Kushwaha three seats.

The JD-U led by Nitish Kumar was expected to win 69 seats, followed by Lalu Prasad's RJD (48 seats) and the Congress (20 seats).

The survey, conducted between September 3 and October 4, involved over 24,000 respondents and covered all the 38 districts and 243 constituencies of Bihar.

Fifty percent of the respondents were in the 18-35 age group, 32 percent in the 36-50 age group and the remaining fell in the 50-plus age group.

In a paradox of sorts, 33 percent of Yadavs and 28 percent of Muslims seemed to be deserting the RJD and the JD-U in favour of the NDA or others.

At the same time, the Grand Alliance was likely to get more votes from the youth (18-35 age group) than the NDA alliance.

Just over 40 percent feel Nitish Kumar will benefit electorally because of the alliance with Lalu Prasad.

Development would be the main election issue. Other issues are inflation and "bijli-paani-sadak", ranking second with 13 percent each.

As many as 45 percent of the respondents felt the Nitish government had performed as per expectations while 17 percent said it exceeded their expectations.

With reference to areas of failure, 45 percent said there was no control over corruption during Nitish Kumar's rule.

The India TV-CVoter pre-poll survey said the BJP-led NDA could win 119 seats, three short of the magic mark of 122 in the Bihar assembly, and the Grand Alliance 116. Eight seats may go to 'Others'.

The NDA has been projected to get 43 percent vote share, compared to 41 percent for the Grand Alliance.

Asked which party can solve these problems better, 44.7 percent opted for the NDA while 38.6 percent favoured the RJD-JD-U-Congress alliance.

On the other hand, leaders of the grand alliance said the surveys have vindicated their stand that they would defeat the NDA.

BJP ally and LJP chief Ram Vilas Paswan the pre-election survey "will prove wrong" and the NDA will win two-third majority and form the next government.

"We will win the polls and the survey will prove wrong," Paswan told the media here.

BJP leader Sanjay Mayunkh said: "It is only a pre-election survey, not the result. We are confident and sure of our victory in the polls."

But Janata Dal-United state president Vashisht Narain Singh said the surveys only "reflected the dominant mood of the people" to vote for the grand alliance.

"People want to give another chance to Nitish Kumar for development," he said.

"Now the pre-election surveys have vindicated our stand," Yadav said.

I will not spare my own minister if found guilty: Mamata