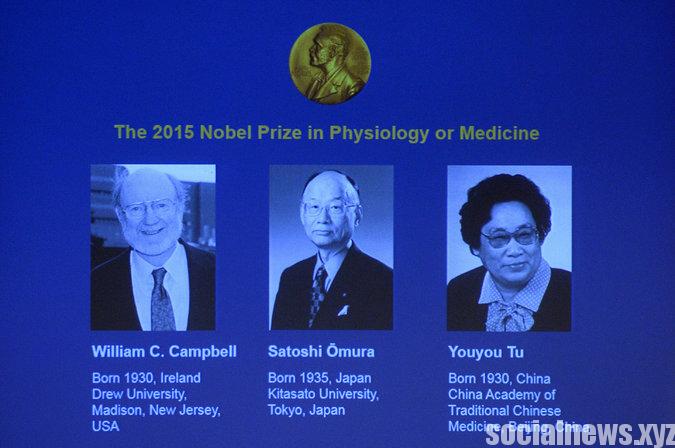 The announcement was made by the Nobel Assembly at Sweden's Karolinska Institute, Xinhua news agency reported.

One-half of the prize will be shared jointly by Campbell and Omura for "their discoveries concerning a novel therapy against infections caused by roundworm parasites".

The other half will go to Tu for "her discoveries concerning a novel therapy against malaria".