The hospitals at Bengaluru, Visakhapatnam, Mumbai and Guwahati will add over 1,000 beds to the group's present bed strength of 9,000.

The largest private hospitals chain is investing Rs.1,400 crore on construction of these four hospitals, new clinics and also on Apollo Homecare, the new division of the group. 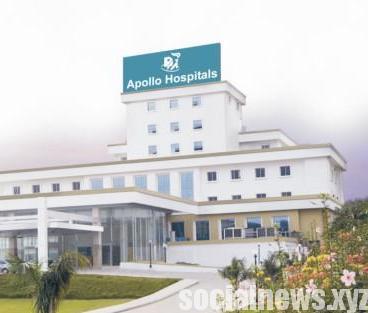 The investments include Rs.550 crore for hospital in Mumbai. The facility in Visakhapatnam is coming up at a cost of Rs.170 crore while the investment in Bengaluru will be Rs.150 crore.

Prathap Reddy said these investments were being made from internal accruals. "Fortunately we always kept debt equity ratio in a comfortable position so that whenever we want expansion, we could do (it)," he said.

He said they might think beyond internal accruals for further expansion. "There are some other plans in in mind including what can we do outside India. These will be discussed at the next board meeting," he said.

Asked about MNCs acquiring Indian hospitals, he said Apollo will not make acquisitions in locations where it already has the presence.

He, however, did not rule out acquisitions.

Stating that India needs one lakh additional beds every year for next one decade, he said there was need for new hospitals to meet the huge demand.

Apollo has a presence at 40 locations across India.

Apollo Hospitals joint managing director Sangita Reddy said they had six facilities overseas while another six were coming up. Five facilities are coming up in Africa and one in Saudi Arabia.

She said the overseas hospitals were primarily under management contract with small shareholding.

Apollo has one hospital under management contract at Dhaka in Bangladesh. It is looking at two other locations in the neighboring country.

In Mauritius, Apollo has small investment in a hospital and managing the facility, she said.

Apollo is developing a new facility in Tanzania in a joint venture with the government of the east African country. "We are primarily doing equipment. The translation of cost in the project will get finalized in next 12 months," she added.