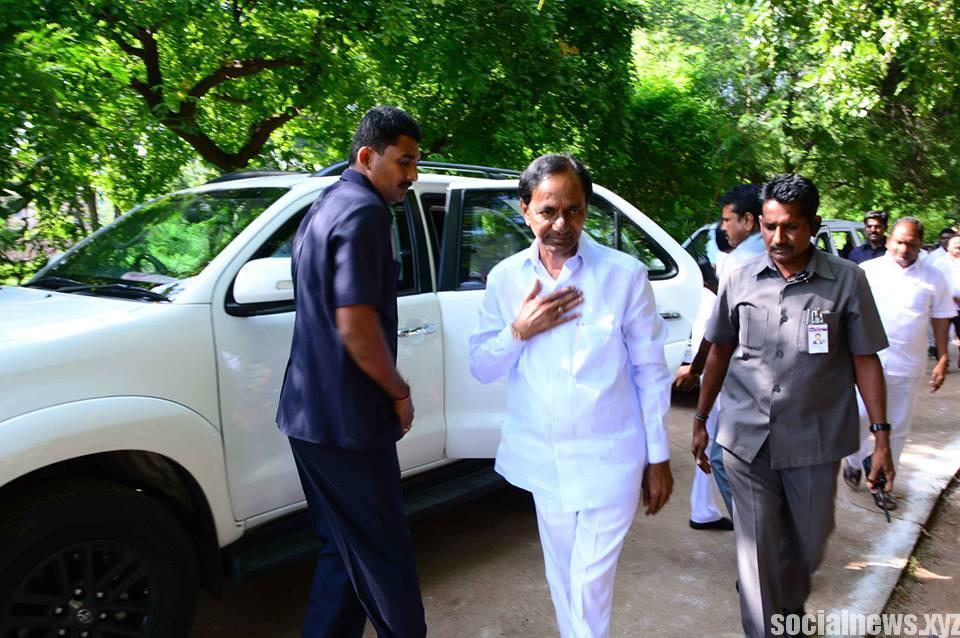 Telangana Chief Minister K. Chandrasekhar Rao on Wednesday assured farmers that his government will stand by them, and appealed to them not to commit suicides.

Replying to a two-day debate in the state assembly on farmers' suicides, the chief minister said his government was evolving a strategy to solve the problems faced by farmers.

He listed out some steps taken in the last 16 months and also revealed what he proposed to do in the coming days.

The ruling TRS party has been criticized for refusing to declare a 'drought' in the state, despite reports of farmer suicides coming in everyday.

Agriculture Minister P. Srinivas Reddy said recently that 430 famers ended their lives in the last 15 months, which was close to one farmer suicide a day since the formation of Telangana in June last year.

The opposition parties and various independent surveys, however, put the figure at more than thrice the number at around 1,400 famers.

KCR, as the chief minister is popularly known, said that his government would mobilize another Rs.9,000 crore required for waiver of farm loans.

The chief minister said the state has to get Rs.3,000 crore from the 14th Finance Commission with expected increase of Fiscal Responsibility and Budget Management (FRBM) limit.

The state government hopes to mobilize another Rs.3,000 crore from sale of government land.

He said another Rs.4,500 crore was expected as tax arrears.

A war of words erupted between State IT Minister K T Rama Rao and AIMIM legislatior Akbaruddin Owaisi in the assembly on Tuesday, after the latter criticized the government for implementing the loan waiver scheme in installments and blamed it for an increase in farmers' suicides.

He also demanded that the remaining amount be released at once to provide some relief to farmers.

Adressing the assembly, KCR added that farmer suicides were not a problem unique to Telangana, but a nationwide problem.

While appealing to farmers not to end their lives, KCR also said that Telangana state was not achieved for farmers to commit suicides.

He also claimed that the problem was inherited and that it was the neglect and injustice suffered by the people of Telangana in undivided Andhra Pradesh that caused the crisis in the agriculture sector.

Reiterating his vision to turn Telangana into 'seed bowl of the world', he assured the assembly that his government will take all steps in this regard.

He said 364 seed companies based in and around Hyderabad will adopt a 'mandal' each for the seed production.

He cited lack of irrigation facility, depleting ground water, deforestation, poor rainfall and lack of research in agriculture as other reasons for farmers' suicides while adding that Rs 25,000 crore will be allocated every year for the next three years to complete pending irrigation projects.