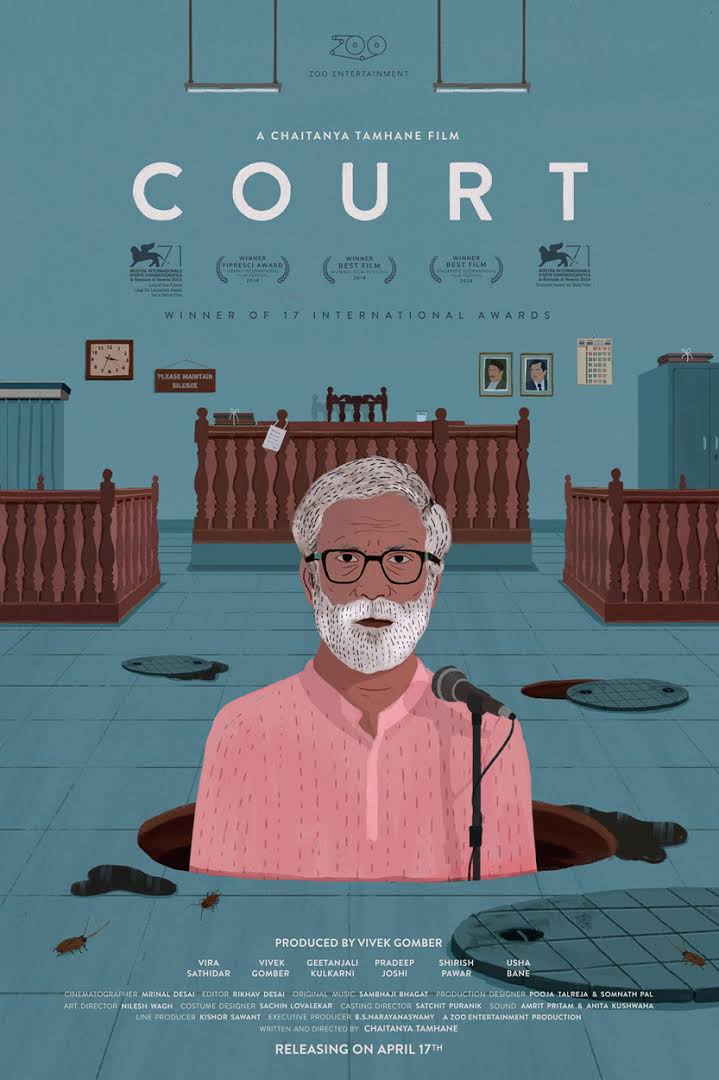 Court, the saga of a radical poet who is accused of waging war against the state, will represent India in the best foreign language category at the Oscars.

Written and directed by first-time filmmaker Chaitanya Tamhane, Court follows the never-ending trial of a balladeer who is accused of encouraging a manhole worker to commit suicide through his fiery songs.

India has never won an Academy Award in the best foreign language movie category despite sending films across genres, narrative styles and languages. Indian entries in the past decade include Rang De Basanti, Peepli Live, Abu Son of Adam and Barfi.

Baahubali and Srimanthudu were in the list of 30 films that were considered for India's Oscar entry.